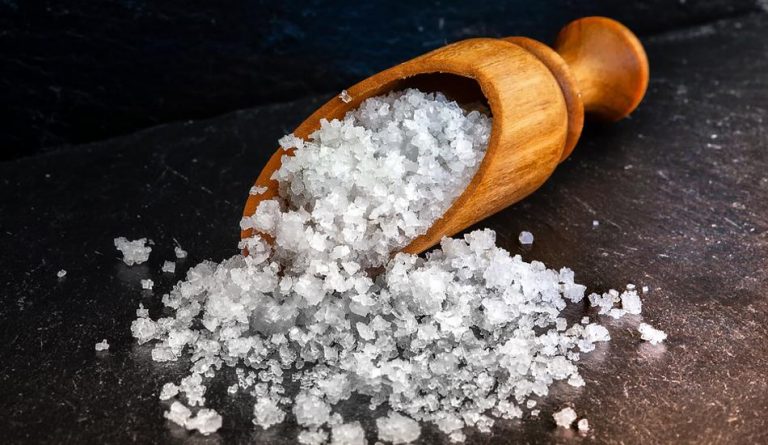 Decades of studies show that adults in China are among the highest consumers of salt in the world. (Image: via pixabay / CC0 1.0)

The Chinese population may be going overboard with the amount of salt they eat. Decades of studies show that adults in China are among the highest consumers of salt in the world, and it’s not good for them.

Not enough salt for the Chinese

According to the Chinese Dietary Guidelines, daily salt consumption for a healthy adult should be no more than 6 grams. But Chinese adults are taking in 10.5 grams a day on average. This poses a health risk among Chinese citizens, as it increases their risk of high blood pressure, stroke, and heart disease. However, these findings are not exclusive to adults. A review of salt intake in China published in the Journal of the American Heart Association found that Chinese children are consuming unhealthy amounts of salt as well, an average of 9 grams a day, which is almost twice as much as the World Health Organization’s recommended 5 grams.

Monique Tan, lead author of the study, said on Eureka Alert: “Urgent action is needed in China to speed up salt reduction and increase potassium intake. High blood pressure in childhood tracks into adulthood, leading to cardiovascular disease. If you eat more salt whilst you are young, you are more likely to eat more salt as an adult, and to have higher blood pressure. These incredibly high salt, and low potassium, figures are deeply concerning for the future health of the Chinese population.”

How too much sodium affects the body

Salt, also known as sodium chloride, is a food additive that contains about 60 percent chloride and 40 percent sodium. In order to dilute the accumulating sodium in the body, the volume of blood and fluid surrounding cells increases. A problem arises, however, when the heart cannot keep up with the increased volume of blood and when blood vessels are put under pressure. The kidneys are also stressed when there’s too much sodium in the blood. Once the blood vessels become stiffened from this constant abuse, high blood pressure, stroke, and heart attacks will likely occur.

Spreading salt over the United Kingdom

Chinese adults are not the only ones in danger of eating too much salt. In the United Kingdom, it is reported that British adults love to eat Chinese takeout. Salt on Action, a UK nonprofit, did the math by analyzing the contents of 141 supermarket-ready meals along with dishes from six restaurants in London’s Chinatown.

Beef in Black Bean Sauce and Vegetable Noodles from Wong Kei restaurant contained 11.5 grams of salt — providing almost twice the daily recommended amount of salt in just one meal. The majority of restaurant dishes had over 2 grams of salt, while almost half had above 3 grams. Those are just the main dishes; if the noodles, fried rice, and condiments like soy sauce are added, then salt consumption for the dishes can increase by another 4 grams per serving.

In order to promote healthier eating environments, the World Health Organization’s China office is looking to enlighten the public regarding the dangers of increased salt consumption and equip consumers and home cooks with better food options. Besides that, the China Office is working closely with the Chinese government to craft policies and regulations for a refined food environment.