Legend of How a Pre-Teen Emperor Outwitted a Powerful General 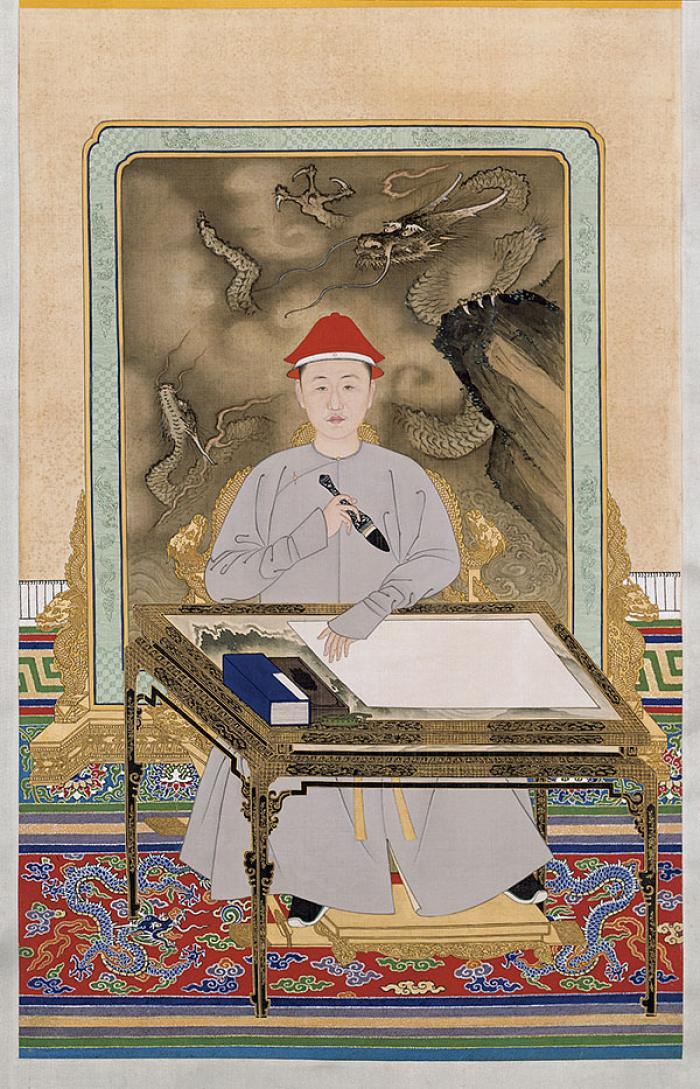 It would be another seven years before the boy turned 14, the Manchurian age of adulthood, at which time he would officially become emperor. (Image: The Palace Museum [Public domain], via Wikimedia Commons)

Chinese History tells of many incredible stories about great personalities who, through the merit of their moral character, would often portray almost inhuman abilities to withstand adversity and overcome tribulations.

One such very striking story is about a young Chinese emperor, who was only a child at the time when this story begins to unfold. However, this young boy was able to outsmart one of the kingdom’s most dangerous people.

At the age of only 8, Kangxi lost his father, the 17th-century Qing emperor. Kangxi’s father had fallen ill and died not long after. But before passing away, the emperor asked his four most trusted advisors to guide and protect his young son and successor to the throne. It would be another seven years before the boy turned 14, the Manchurian age of adulthood, at which time he would officially become emperor.

Unfortunately, one of the advisers, who was a decorated war general by the name of Aobai (also known as Oboi), gradually developed ill thoughts toward the young emperor-to-be. He opposed Kangxi and disregarded his authority in many situations.

One day, Aobai even threatened the nobles who had gathered in the royal court, forcing them to pledge allegiance to him against the young emperor.

It seemed hopeless. How would Kangxi, who was just a child, ever stand a chance against Aobai, let alone defeat him? Aobai was not only a powerful man, but he was also regarded as the greatest Manchurian warrior and martial artist in the kingdom.

Imposing fear over those he sought to gather around himself to overthrow the young emperor at a given time, Aobai gradually grew more powerful and influential, controlling the top politicians and the military.

He seemingly had eyes and ears everywhere; no corner was safe from his devious ear, making him aware of any plots the young emperor would possibly plan to take back his rightful power.

The degree to which the greedy general’s ruthlessness extended was unbelievable. One day, when one of Kangxi’s most loyal advisers opposed the general and tried to question his loyalty to the throne and his intentions, general Aobai had him killed under the guise of being a ruthless traitor. He followed up by also having the loyal advisor’s entire family killed, just to get anyone out of the way who could be a thorn in his eye on his dark path to solidifying a reign of terror that no one, except one, would dare to challenge thereafter.

Against all odds, the young emperor refused to give in to the tyranny. Kangxi proceeded to recruit the brightest and strongest youth to become his elite cadre of guards. Emperor Knaxi had to go about everything stealthfully. In order to not make Aobai aware of anything, he had his guards train by playing buku, a popular Manchurian wrestling game at that time among boys.

Whenever the general would visit the young emperor, he would act like he was fully immersed in his game. It took some convincing, but eventually, Aobai believed that Kangxi’s only interest was playing with his friends and that he showed no signs of political ambition.

Due to this, Aobai soon let down his guard down, believing that he was unbeatable.

The young prince waited patiently, letting time pass and forbearing many insults by Aobai due to his disregard for the young emperor’s authority.

Aobai’s audacity went so far that on the day Kangxi came of age and was crowned emperor, the general showed up in a golden robe. Golden robes in those days were only reserved for the emperor.

Kangxi thought to himself: “I have to do it. Now is the right time to overthrow Aobai. But how should I do it? He is still powerful enough to overpower my young guards.”

One day, Kangxi invited Aobai over to have a casual meeting and discuss some political matter. The young emperor had the general’s chair rigged, and made sure he was served boiling hot tea. As the general jerked away due to the hot water when the tea was served, the chair fell apart and the general fell over.

Instantly, the young guards pretended to help the treacherous general to his feet, but in truth, they each used buku wrestling techniques to pin the emperor’s nemesis to the ground. One guard held Aobai’s head down, while the other grabbed his waist.

It was like a gear falling into place. After years of training, the guards executed the emperor’s plan in perfect union and were able to detain Aobai. He was charged with 30 acts of treason, his lands were confiscated, and he was sent to prison for life. And in those days, there was no early parole due to good behavior.

Kangxi went on to reign for 61 years, which is the longest any emperor ruled in the Middle Kingdom’s history. He promoted classical Chinese arts, like calligraphy, poetry, and music. The achievement of the Middle Kingdom in the fields of geography, science, mathematics, and astronomy became known the historians of times to follow.

We can learn a lot from history as our decisions in the present become the framework for the destiny of our future, which eventually turns into a solid path that those who come may walk upon to meet their destiny, which the path we left them leads them to.

Kangxi may have been younger and physically weaker, but his righteous cause, paired with his kindhearted nature and the ability to forbear even the harshest insults, eventually allowed him to overthrow his greedy and inconsiderate adversary. Of course, he did not act alone, but in unison with those loyal to him and the “greater cause,” which required the patience and forbearance of only those who cultivated virtue.