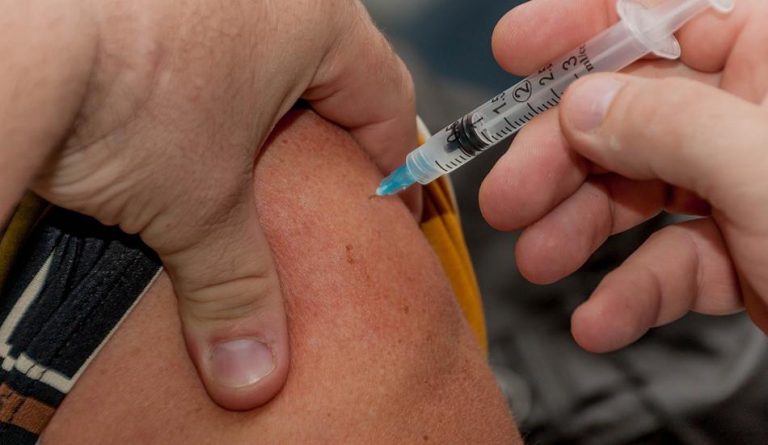 The latest information shows Pfizer’s efficacy is around 95 percent, as for the Delta variant it sits at 88 percent. (Image: via Pixabay)

The German Cabinet has given the nod to a draft law making it compulsory for children to have vaccinations against measles. The law, once passed by the parliament, will come into effect in March next year.

Children enrolled in educational institutions and the employees working in those institutions will have time until July 31, 2021, to provide proof of vaccination. Children who are unable to provide proof will be barred from attending school. Parents who refuse to vaccinate their children will face fines up to US$2,800. Schools that knowingly allow unvaccinated children to attend classes may be subject to fines. The law also covers residents, staff, and workers at refugee and asylum centers.

“We want to save as many children as possible from measles infection… Measles is extremely contagious and can take a very nasty, at times deadly, turn,” Jens Spahn, the German health minister, said in a statement (The Telegraph). Spahn also hopes that the law would eventually give a boost to vaccination activities against other diseases like whooping cough, diphtheria, and tetanus.

The decision of compulsory vaccinations comes on the back of rising measles infections in Germany. The country’s vaccination rate has been dropping alarmingly in recent times. Most children have the first round of vaccines. However, some do not show up for the second round, which is one of the reasons the vaccination rate is at 92.9 percent. At least 95 percent immunization coverage has to be achieved to prevent the infectious disease from becoming contagious.

In 2018, about 543 cases of measles were reported in Germany. This year, more than 400 incidents have already been identified. Politically, the Greens have been very vocal against the law, arguing that vaccines should not be made compulsory but that the state must only “encourage” it. The draft law is awaiting approval from the parliament. Since the ruling party is in the majority, the law is expected to be passed without issues. Before modern vaccinations, measles took the lives of about 2.5 million people annually. The steady rise in measles is not restricted to Germany. Europe, as a whole, saw a 350 percent surge in measles incidents last year and the U.S. has also seen a huge increase in measles cases.

According to the UN, almost 20 million children across the world were not vaccinated against more than 1 in 10 killer diseases like measles, tetanus, and diphtheria as of 2018. Worldwide, 350,000 cases of measles were reported in 2018, which is more than twice 2017. According to the World Health Organization, measles cases have quadrupled in the first quarter of 2019 compared to the same time last year.

According to Kate O’Brien, Director of WHO’s Department of Immunization, Vaccines, and Biologicals, low vaccination coverage is a problem in both high and low-income countries due to social inequalities. “Even in high-income countries, access to vaccines, inequality, and quality of care are often the greatest obstacles for parents to get vaccines for their children. So, we want to emphasize both of these things that barriers to vaccination are not only about poor countries, they are also about the situation in high-income and middle-income countries,” she said in a statement (VOA News).

Most of the unvaccinated children live in the poorest countries, with sub-Saharan Africa accounting for a sizeable number of them. According to WHO, Pakistan, Nigeria, and India have some of the lowest vaccination rates in the world. However, only the Western-Pacific and the Americas recorded lower vaccination coverage in 2018 compared to the previous year.