Is Duterte Turning a Blind Eye to Chinese in Philippine Waters? 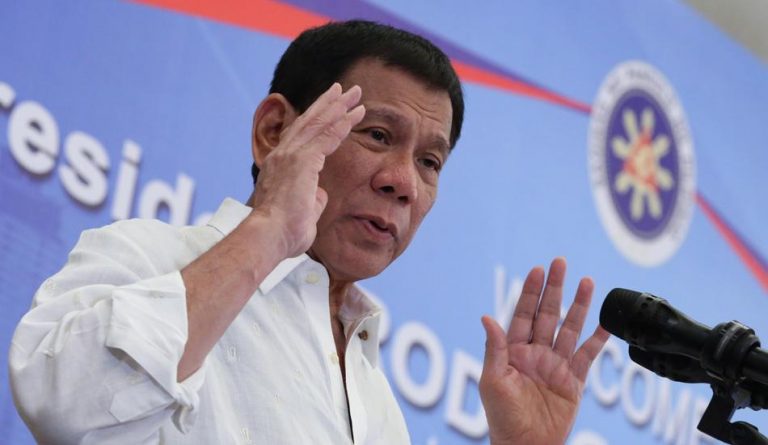 On June 9, a Chinese vessel sank a Philippine boat in the South China Sea, but the president of the Philippines, Rodrigo Duterte, merely called it a ‘little maritime accident.’ (Image: wikimedia / CC0 1.0)

In April 2016, Rodrigo Duterte, the then-presidential candidate of the Philippines, promised the people that he would die before allowing China to stake a claim on their country’s waters. The people trusted him and chose Duterte as their president. Fast forward to three years later and Duterte seems to be choosing to remain silent as China attacks Filipino fishermen in their sovereign territory.

A question of taking sides

On June 9, a Chinese vessel sank a Philippine boat in the South China Sea. Twenty-two Filipinos were left abandoned after the attack. The incident occurred near Reed Bank, a part of the South China Sea that an international arbitration court had judged belonged to the Philippines in a 2016 verdict. Beijing has not accepted the ruling and has since built artificial islands in the region. The area is also home to untapped gas deposits.

The attack triggered an intense anti-China sentiment in the country. Opponents criticize that instead of taking a strong stand against China, Duterte called it a “little maritime accident.” He even went on to suggest that the Chinese should be allowed to fish in Philippine waters, while the constitution of the Philippines bans the government from giving other countries the right to fish in their sovereign territory.

As such, Duterte’s stand is attracting criticism from politicians, the public, and the media, some of whom accuse him of betraying the country. Duterte has stayed defiant in his attitude and continues to seemingly support China’s actions in Philippine waters.

In a recent speech, he blames the U.S. for allowing China to strengthen its position in the South China Sea and went on an anti-American rant. “We can never win a war with China. But I hope China would not overdo things… There is always America pushing us, egging us … making me the bait. What do you think Filipinos are, earthworms? Now I say, you bring your planes, your boats to the South China Sea… Fire the first shot and we are just here behind you. Go ahead, let’s fight. Let America declare the war. Let them assemble all their armaments there in the South China Sea. Fire the first shot and I’d be glad to do the next,” he said in a statement (Breitbart).

The Philippines Senate president, Vicente “Tito” Sotto III, has supported the president’s position of granting Chinese vessels fishing rights in their region. In an interview, Sotto justified his argument by trying to explain that underwater the lines of territory may be a matter of debate. “It’s very difficult to say that there’s exclusivity when it’s underwater… The fish could be coming from China, and the fish from the Philippines could be going to China if we want to be technical about it and relate it to the constitutionality of what should be owned by us,” he said in a statement (Inquirer).

In response, many citizens of the Philippines are showing signs of resentment against Duterte, as illustrated by several protests following the attack. At one of the demonstrations held last month, many people came out with placards that said “End China Aggression.” They also criticized the president for his weak response and went on to burn Chinese flags.

“Contrary to what Mr. Duterte projects against his critics, his weak positions against Chinese aggression and bullying have only exposed him as a pro-China [regime], and anti-Filipino president… China is not just robbing our waters, land, resources, and sovereignty, but has long been taking our jobs away from us. What makes it worse is that our own government seems to be allowing these crimes against us to happen,” an organizer of the protest said to South China Morning Post.

In a recent public survey conducted by Social Weather Stations (SWS), almost 87 percent of the participants admitted that they wanted Duterte to assert their country’s rights and keep the Chinese fishing boats out of their waters. Polls also show they expect the government to bring justice down on Chinese fishermen who destroy the marine resources inside Philippine territory.