The HUGE Difference: Virtue Signalling vs Cultivation of Virtue 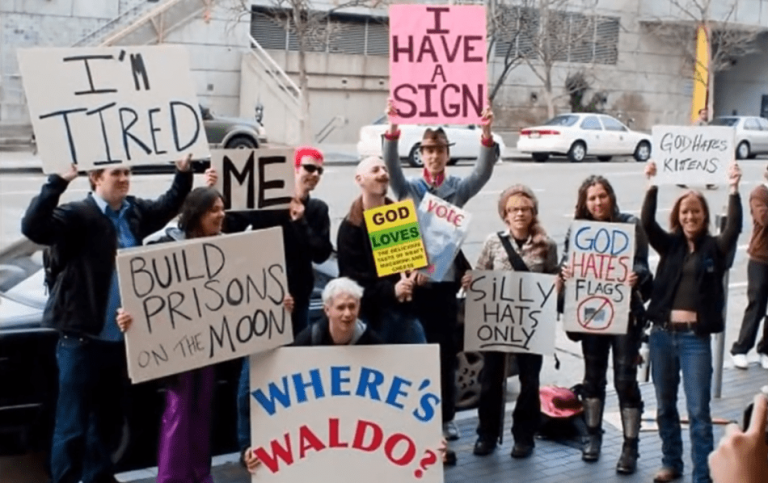 Modernist ideologies have ended up being the harbingers of a virtueless society where morality is not objective, but depends on the whims and fancies of the individual. (Image: Screenshot from youtube)

America is facing a serious problem — a lack of virtue. Modernist ideologies that promised to herald a utopian society free from vices have ended up being the harbingers of a virtueless society where morality is not objective, but depends on the whims and fancies of the individual. The traditional idea of virtue is almost dead in today’s society and has been replaced by something called “virtue signaling.”

The problem of virtue signaling

Aristotle once said that the best way to understand what a society considers to be virtuous is by looking at its institutions. Applied to our current society, it refers to content taught as morality in schools, colleges, and other public organizations. Doing this helps us realize that American society is today caught up in the grip of “virtue signaling.”

Virtue signaling is the act of declaring one’s support for the cause of an oppressed group. By extending this support, the person feels as if he has done good. This support extends to whatever the ruling ideologues categorize as “oppressed.” This includes everything from the homeless, sexual identity groups, ethnicities, religious groups, and so on. However, the problem with virtue signaling is that many of the “oppressed” are not actually being systematically oppressed. Such an ideology also cultivates a revenge mentality against the group that is identified as being the oppressor.

Consider the issue of gender equality. Activists hold protests on the streets, demanding that women have equal rights at work and are paid equal to men. Sounds like a fair demand. However, the U.S. already guarantees gender equality at the workplace (Equal Pay Act, 1963). Any businesses that pay women lower than men without a sound reason will be punished by a court. The difference in wages between genders that these activists often complain about actually has a good explanation. Some studies have found that men work more overtime and therefore end up being paid more than women. Despite these findings, most progressives continue to blast men for creating a society that pays women less. And many people support such causes blindly since they do not want to be seen as “supporting the oppressor.”

Virtue signaling also allows people who have questionable morals to get away with their actions by garnering support from like-minded people. James Gunn, the director of the Guardians of the Galaxy movie series, is an excellent example. He was fired by Disney after it came to light that Gunn had made pedophilic jokes a few years back. Under normal situations, such a person should have been banned by the industry. However, Gunn was able to rack up support from people who argued that his comments should only be taken as jokes and nothing more. He was eventually taken back by Disney.

And this is the fundamental flaw with the current American society — if you support the cause of a person or group of people who identify themselves as the “oppressed,” you will be considered moral even if your personal actions indicate otherwise. This is why America needs a “virtue revolution.”

An excellent way to cultivate virtue is by following in the footsteps of one of the Founding Fathers: Benjamin Franklin. At the young age of 20, Franklin embarked on an ambitious inner-journey to become morally perfect. To do so, he created a program aimed at developing 13 key habits — temperance, silence, order, justice, resolution, industry, frugality, cleanliness, moderation, chastity, tranquility, humility, and sincerity.

Franklin created a chart for each day of the week and drew 13 columns listing out the 13 moral values. If he were to violate any of the 13 values on any specific day, he would mark the corresponding column with a dot. This allowed him to keep track of how well he was doing in his goal to lead a virtuous life. Franklin admitted that he did not achieve the moral perfection he was striving for. However, the very act of following the program led to massive changes in his life and made him a better, happier human being. One can easily apply Franklin’s system to their lives and see vast improvements in a short period of time.

You should also be very clear about the idea of morality. Progressive ideologies posit that morality is subjective. However, if morality were subjective, then there would actually be no morality. A jealous man might presume stealing another man’s wealth was morally right due to his poverty. To judge that he is wrong and sentence him for punishment, there must be an objective moral value system that strictly categorizes theft as wrong. This is something that only traditional ideologies and religious belief systems can provide. Only by embracing such values and discarding the subjective moral idea put forward by modernists can one actually start to lead a virtuous life.

Besides Franklin’s method of cultivating virtue, there are established forms through which an individual can strive to become better and achieve perfection of character. The established systems include orthodox religions like Christianity, Judaism, Buddhism, and Taoism. Through following the Golden Rule, the Ten Commandments, the Three Precepts, The Way, or other methods, you can hope to elevate your inner being.

More modern cultivation systems include practices like Falun Dafa, or Falun Gong. This practice of the Buddha School is especially powerful because it targets a person’s mind and uses simple language to explain profound cultivation principles that have otherwise been hidden from the general public. More than 100 million people have found considerable benefits through practicing Falun Dafa around the world.

Cultivating virtue and striving to become a better individual is the most worthwhile of all pursuits, and you should be encouraged to follow on this path of inner discovery as it leads to genuine peace, happiness, health, and, most importantly, wisdom.