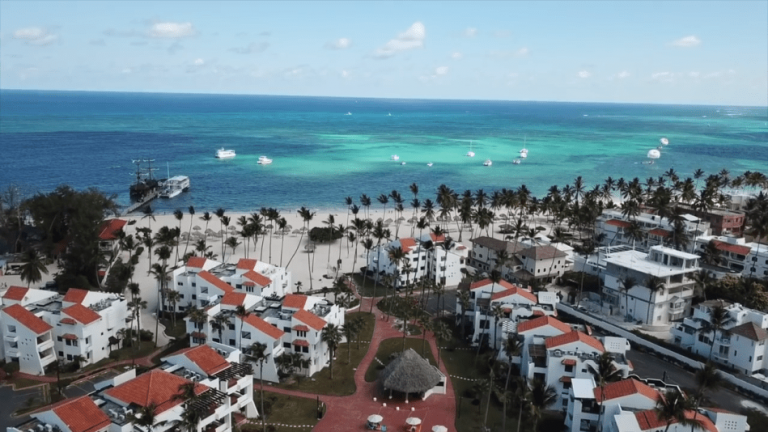 At least 36 Americans have died while on vacation in the Dominican Republic since January 2018. (Image: Screenshot / YouTube)

At least 36 Americans have died while on vacation in the Dominican Republic since January 2018. The latest victim, Susan Simoneaux from Louisiana, died a week after returning from her honeymoon. Although Dominican Republic officials have been trying to downplay the incidents as a series of unrelated deaths, many experts believe that fake booze might be what’s behind them.

Most of the victims experienced symptoms like bleeding, vomiting blood, and pulmonary edema. According to Tom Inglesby, from the Johns Hopkins Center for Health Security, these symptoms are indicative of poisoning. “It’s rare for travelers to die of unknown causes like this, and to have a high number of them in a relatively short period of time is alarming, shocking, sad… It’s something that investigators should be able to get to the bottom of,” he said in a statement (The New York Times). Inglesby finds it outrageous that toxicology reports of the victims have not been completed or released.

On May 25, Miranda Schaup-Werner from Pennsylvania died after having a drink from the minibar. She was vacationing in the Dominican Republic with her husband, celebrating their ninth wedding anniversary. Shortly after having the drink, Miranda collapsed. Five days later, on May 30, a Maryland couple was found dead at the Bahia Principe Hotel in La Romana. All three victims had fluids in their lungs at the time of their deaths.

The FBI is reportedly comparing alcohol samples from the Bahia Resort to blood samples of the victims. The agency is trying to find out the type of liquor the victims had drunk before their deaths and whether it was counterfeit or had any dangerous substance mixed in. Bootleg liquor can be laced with chemicals like methanol. Even in tiny quantities, this can be very dangerous.

“[Methanol] is absorbed in the gastrointestinal tract, and in the liver, enzymes convert alcohol into formaldehyde, and formaldehyde is subsequently converted to formic acid, which is highly toxic… The heart will pump faster, blood pressure will increase, and the victim will breathe more rapidly, trying to acquire more oxygen into their lungs… There are neurological effects as well, and the toxicity will also affect contractility of the heart muscle, causing heart failure. This can result in pulmonary edema and acute respiratory distress,” Lawrence Kobilinsky, a forensic science professor at John Jay College of Criminal Justice in Manhattan, said to The Cut.

The Ministry of Tourism is alarmed at the situation and is implementing stricter food inspection in hotels across the country. The vast majority of tourists in the Dominican Republic come from the U.S. If such alcohol-related deaths continue to happen, it could scare off American tourists and severely impact tourism revenues in the region. Though flight bookings from the U.S. to the Dominican Republic dipped in May and early June, the numbers have picked up from late last month.

“I am greatly relieved for the Dominican Republic that the crisis in confidence appears to be abating and I am hopeful that it will be relatively short-lived, particularly if there are no more deaths and if the current FBI investigation establishes a clear cause of death in each case and none of the causes was sinister,” Olivier Ponti, VP Insights at ForwardKeys, a travel industry data firm, said in a statement (USA Today).

Despite the pickup in flight bookings over the past weeks, the Dominican Republic will probably see far fewer American tourists in July and August. ForwardKeys estimates bookings for these months have dipped by more than 84 percent when compared to the same time last year. Of the total 5.3 million tourists that visited the country in 2017, more than 2.07 million came from the United States.