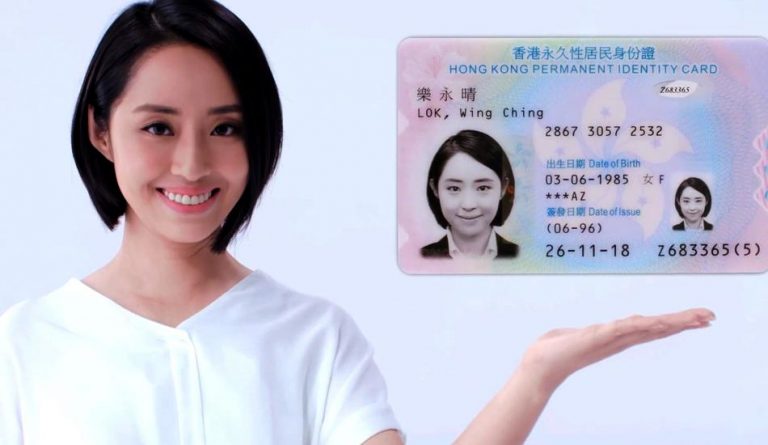 Hong Kong’s immigration authority recently announced that residents of the region will have to replace their existing identity cards with new ones from December 27. The technology used in these new “smart” cards has triggered concerns that it may be used to track and monitor citizens.

In the beginning, the new cards will only be issued to government and law enforcement officials. For the second round, citizens born between 1985 and 1986 will get their cards replaced between January and March next year. The entire card replacement initiative will take four years to complete and will be done on the basis of birthdates. Residents of Hong Kong can start filling the form in advance starting October 29. Nine card replacement centers have been set up all across the city and will be in service from December 27. Those who fail to show up at the scheduled time without a proper reason may be fined up to HK$5,000 (US$638).

“Cardholders who are absent from Hong Kong when their age group is called for ID card replacement can apply for a new one within 30 days of their return to the city… Otherwise, they will have to explain why they cannot honor the replacement schedule. We will make decisions on a case-by-case basis,” Chan Tin-chee, the department’s assistant director in charge of personal documentation, said in a statement (South China Morning Post).

The ID card uses RFID modules to identify people. As such, there is a growing concern that the card might be used by the government to track pro-democracy and human rights activists. The region is going through severe political unease after the administration tried to pass an extradition law that would have given China the right to prosecute Hongkongers on the mainland. Some activists feel that the local administration might be tempted to use the real-time tracking system of the card to keep watch on “possible dissidents” who trigger political demonstrations in the future. The HK administration has sought to allay such privacy fears.

“The government stressed that the maximum ‘readable’ range of the RFID chips on the new cards would only be 10cm and that the cards featured ‘superior’ anti-surveillance and privacy protection technologies that are hard to hack. The Immigration Department, which oversees the card replacement, also said that robust encryption would generate a one-off passcode to ensure access to authorized personnel only, and data for different applications would be segregated,” according to Asia Times.

China recently awarded the contract to a smart card firm called Aisino to process the ID cards of Hongkongers who travel to the mainland. China Aerospace Science & Industry Corp, a state-owned business involved in making satellites and missiles, is Aisino’s parent company. Beijing is reportedly heavily involved in the project and wants to ensure complete security of the card processing system.

“These networks aren’t open, so there would be no way that data in them could be transferred overseas… The data is all stored by us in our own data centers, but the government doesn’t allow us to design [the systems] ourselves… At the design stage, the government’s involvement is very full-on, and they have to test everything from a security and privacy point of view,” an anonymous Aisino employee said to Radio Free Asia.

Aisino’s involvement in the project means that personal data of Hong Kong citizens who visit mainland will end up on Chinese servers. Eventually, Beijing may also try to integrate public data system of Hong Kong with that of the mainland.