Strength of Faith: Why CCP Policies in Xinjiang Will Inevitably Fail 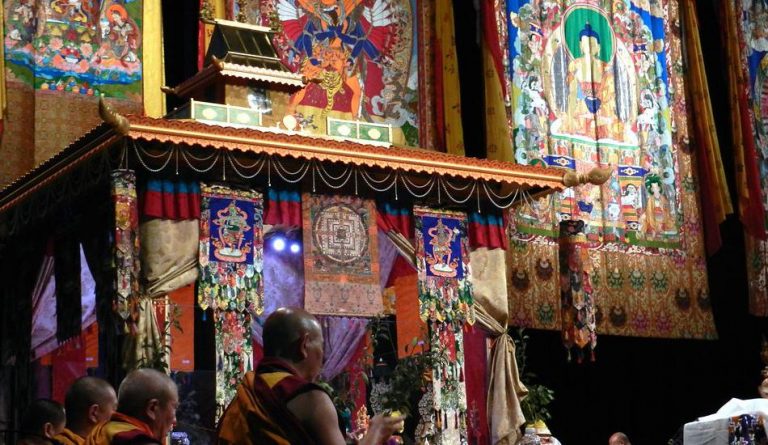 Many CCP members are embracing Buddhism despite the Party being strictly against it. (Image: wonderlane via Flickr)

For Beijing, the Uyghurs of Xinjiang are a group that needs to “assimilate” into Chinese society, meaning that the minority will be forced to give up their beliefs and adopt a lifestyle dictated by the Chinese Communist Party (CCP). However, such “assimilation” policies are eventually bound to fail, not just in Xinjiang, but all across China.

In Xinjiang, more than a million Uyghurs and other minorities, like Kyrgyzs and Kazakhs, have been forced into detention centers that Beijing lovingly calls “re-education camps.” The minorities are given training in Mandarin and brainwashed with communist ideology. They are asked to give up symbols of their faith — like growing beards, wearing skull caps, reciting prayers in Arabic, and so on. Some are tortured if they resist and sent to labor camps. In some instances, children have been forcefully separated from their parents. So why is Beijing obsessed with eradicating belief systems that are not sanctioned?

“The CCP lives in perennial fear that, short of having a complete grip on Chinese society, its long-term survival is in danger. And so the CCP is doubling down today on a campaign of forced assimilation in Xinjiang that has failed elsewhere in the past. The Party’s current re-education drive is an upgraded version of the Cultural Revolution. This campaign, too, seeks to achieve ideological control by eradicating alternative ideological and belief systems. But it does so in a much more sophisticated and high-tech way,” according to The New York Times.

But despite how hard Beijing tries, its repressive policies in Xinjiang and other parts of China are eventually bound to fail. The CCP’s aggressive stance against religion is now triggering a sort of spiritual revival. Whether it be Uyghurs, Tibetans, or even Hans, many Chinese are embracing religion with great interest. The number of Christians alone has surged from 3.4 million in 1950 to nearly 100 million. Many Party members are following Buddhist and Taoist teachings even though the Party mandates strict atheism.

What the CCP does not realize is that spirituality is innate in most human beings. It cannot be crushed. It cannot be contained. The more you try to repress the religious identity of a certain section of people, the more they will reassert that identity. Eventually, the oppressed will resort to violence in order to free themselves from the oppressor, and Beijing will have to deal with a mass uprising it won’t be able to contain.

Recently, the state-run Xinhua News Agency cited a white paper that claimed Xinjiang largely followed “Chinese culture” until the 9th to 10th centuries when Arabic influence started being imposed on the residents. By doing so, the government aims at positioning Islamic faith as the invasive ideology that is at odds with traditional Chinese culture, which would allow the state to justify its repressive policies in the region.

“The Uighur conversion to Islam was not a voluntary choice made by the common people, but a result of religious wars and imposition by the ruling class… Having a stronger sense of identity with Chinese culture is essential to the prosperity and development of ethnic cultures in Xinjiang,” according to the whitepaper (Bloomberg).

Interestingly, several Islamic nations, like Saudi Arabia and Pakistan, have supported China’s stance on Xinjiang, saying that strict measures have helped bring peace to the region. Earlier this month, these countries, together with nations like Russia, Venezuela, and North Korea, sent a letter to the United Nations in which they praised China’s actions in the area.