Cambodia Caving: Chinese Military Base Soon to Be Built 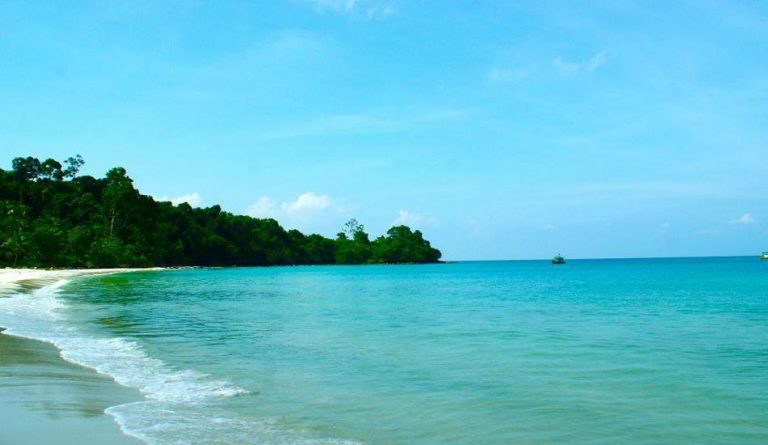 Cambodia might have leased a portion of the Dara Sakor coastline to China for military purposes. (Image: Frontier Official via Flickr)

Dara Sakor is an investment zone in Cambodia. Encompassing almost 20 percent of the Cambodian coastline, the US$3.8 billion project is under the control of a Chinese company with a 99-year lease. According to the firm, they will be building an international airport, luxury resort, power plants, industrial park, and deep-water seaport in the zone. However, the U.S. is worried that Cambodia might have secretly allowed Beijing to set up a naval base in the region.

Is a Chinese military base being built in Cambodia?

“If you have a naval base in Cambodia it means the Chinese Navy has a more favorable operating environment in the waters surrounding Southeast Asia… You have all of a sudden mainland Southeast Asia potentially sitting behind a defensive Chinese military perimeter. This is by far the biggest implication and one that would likely have political effects,” Charles Edel, a senior fellow at the United States Studies Center at the University of Sydney, said to Bloomberg.

The secret deal for a naval base in Dara Sakor was apparently agreed upon by China and Cambodia this spring. According to the deal, Chinese troops will be able to use the Ream Naval Base, which is located in the province of Preah Sihanouk, for a period of up to 30 years. Once the term is over, the military use agreement will be automatically renewed every 10 years. At present, China only has a single foreign base — in Djibouti. Having a naval base in Cambodia will allow China to strengthen its military dominance in the South China Sea.

Thailand is reportedly very concerned about the deal since it would allow China to deploy troops very close to its coastline. Vietnam, a country that has a strong anti-China sentiment, will also be affected if the deal turns out to be true. Cambodian Prime Minister Hun Sen has denied reports that he has allowed China to build a base in the country. However, this has done little to allay the fears of Washington. In January, Cambodia rejected an offer of U.S. funds to repair the Ream Naval Base.

“We are concerned that any steps by the Cambodian government to invite a foreign military presence in Cambodia would threaten the coherence and centrality of the Association of Southeast Asian Nations in coordinating regional developments, and disturb peace and stability in Southeast Asia… We urge Cambodia’s leadership to honor its constitutional commitment to its people to pursue an independent foreign policy, and to protect Cambodia’s independence and sovereignty for future generations,” Emily Zeeberg, spokesperson for the U.S. Embassy in Phnom Penh, said in a statement (Asia Times).

China is also getting aggressive in the South China Sea. Admiral Karl L Shultz, the Commandant of the U.S. Coast Guard, has encouraged coast guards in the region to push back at Chinese activities that are not consistent with international maritime norms.

“I think we are seeing behaviors out of the Chinese Coast Guard, out of the maritime militia, that is not consistent with the rules-based order… I think the Coast Guard voice, the U.S. Navy voice, allied partners, regional partners, neighbors, I think there needs to be an international push-back to say, you know, we reject the types of behaviors, the antagonistic, aggressive behaviors that are not consistent with the rules-based order,” he said in a statement (Business Mirror).

In June, a Chinese vessel sank a Filipino fishing boat in Philippine waters, kicking off an international storm. The government of the Philippines has tried to brush off the event as a minor accident in a bid not to antagonize China. Shultz said that the U.S. Coast Guard will increase patrolling in the South China Sea to ensure that partner countries are able to uphold their sovereignty against China’s military aggression.