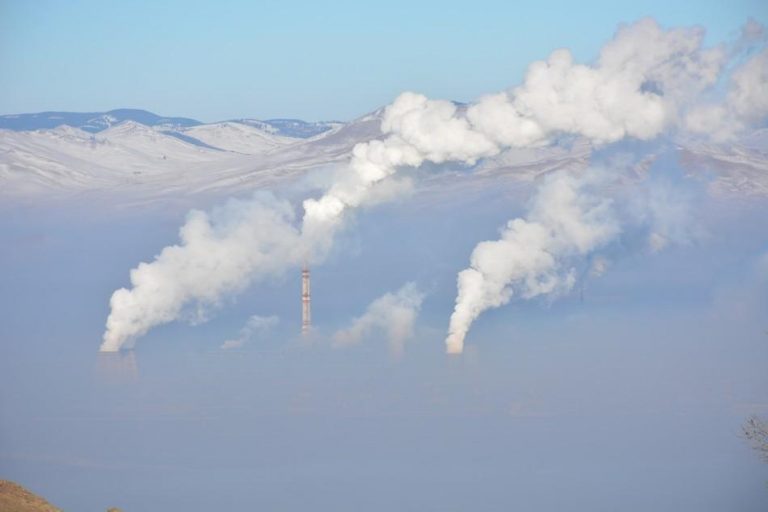 A study of 10 major cities by IQAir, a global air quality information and tech company, found that deadly particulate matter (PM, very small air particles harmful to health) in the atmosphere declined by up to 60 percent during a three-week lockdown period.(Image: via pixabay / CC0 1.0)

Dealing with carbon pollution in the atmosphere has been a difficult task due to how expensive it is. However, a method that involves converting carbon dioxide to electricity promises to solve the problem.

“The process would involve pumping airborne CO2 down into methane hydrates — large deposits of icy water and methane right under the seafloor, beneath water 500 to 1,000 meters deep — where the gas would be permanently stored, or sequestered. The incoming CO2 would push out the methane, which would be piped to the surface and burned to generate electricity to power the sequestration operation or to bring in revenue to pay for it,” according to Scientific American.

This method was tested back in 2012 on Alaska’s North Slope where a team of researchers sent CO2 and nitrogen down a pipe into methane hydrates. Some of the methane was released up the pipe, while the carbon dioxide got stored. Along the coast of the Gulf of Mexico, several methane hydrate deposits have been found. If the technique were to be used in the region, the industrial plants that emit CO2 could use the gas to generate electricity, thereby avoiding polluting the environment. Similar projects can be implemented in other places to reduce carbon pollution in the air. However, the method does present some complications.

CO2 only makes up about 0.04 percent of the air and just 10 percent of emissions coming out from industrial smokestacks. But this process might require CO2 concentrations to be as high as 90 percent when the gas is injected into methane hydrates. This makes the method expensive. If the required carbon concentration can be reduced to at least 50 percent, then it could be an economically viable option. The second problem is that the freed methane resulting from CO2 injection would simply seep out in all directions. No proper well or pipe structure has been designed that would address the problem.

In Seoul, a team of scientists has recently developed a way to produce electricity and hydrogen from carbon dioxide. Their system can apparently perform stable operations for more than 1,000 hours without any damage to the electrodes. “This hybrid Na-CO2 cell, which adopts efficient CCUS [Carbon Capture, Utilization, and Storage] technologies, not only utilises CO2 as the resource for generating electrical energy but also produces the clean energy source, hydrogen… This research will lead to more derived research and will be able to produce H2 and electricity more effectively when electrolytes, separator, system design, and electrocatalysts are improved,” Jeongwon Kim from UNIST said in a statement (Energy World).

According to estimates, human beings have released close to 2,000 gigatons of carbon dioxide into the atmosphere since the Industrial Revolution. To capture large quantities of CO2 and clean up the air will be a mammoth task. Using the gas to produce electricity is one way of getting the job done.

An easier method will be to plant trees. An acre of reforested land can remove almost 3 tons of CO2 every year. The cost of reforestation would be somewhere around US$50 per metric ton of CO2, which is very inexpensive when compared to other carbon removal methods.