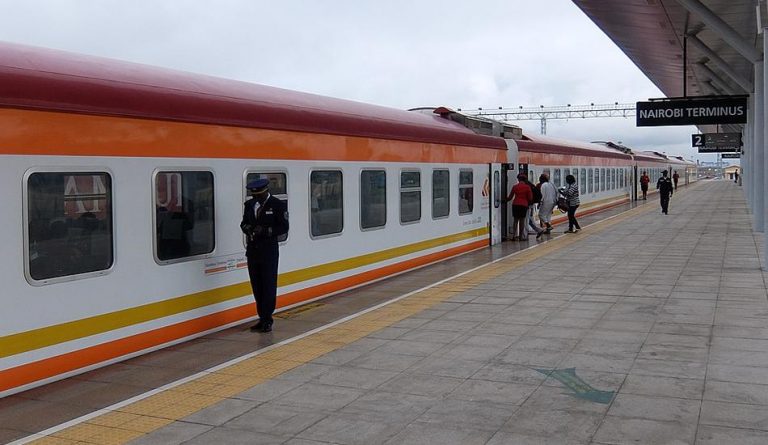 The construction of the Mombasa-Nairobi Standard Gauge Railway (SGR) in Kenya started off with much enthusiasm. A project funded primarily by Beijing, the SGR now remains incomplete, as the Chinese government is withholding funds needed to finish the project.

In May 2014, the Exim Bank of China, a state-owned enterprise, sanctioned loans covering 90 percent of the SGR’s estimated US$3.6 billion cost. The China Road and Bridge Corporation (CRBC) was awarded the contract to construct the railway, while the China Communications Construction Co. was selected as the operator. By 2016, tracklaying was completed. In May 2017, passenger services started. Revenue generated from the railway was supposed to pay off the loans Kenya had taken from Beijing.

The first half of the SGR railway is currently operational. However, it has failed to make enough money to pay off the loan installments even after two years in operation. This resulted in China putting a stop to almost US$4.9 billion worth of funds necessary to finish the railway. Economic experts say that the railway will take a long time to start repaying the loans. Some even warn that the entire project might end up as a loss.

Though Beijing hands out loans on economically non-viable projects with the aim of debt-trapping poor countries so as to gain their favor, the Asian nation still has to preserve its positive image among the international community. If China were to lend more than US$4 billion for the SGR project that has not generated any profitable return, it would be a clear signal to the world that Beijing does not care about actually developing a country when it gives loans. This would put its Belt and Road Initiative (One Belt, One Road) ambitions in jeopardy. As such, China has no option but to withhold the funds.

In case it is determined that Kenya will be unable to pay off the SGR loan, China will move to take over the country’s assets as compensation for the loss, as it has done with several countries. In January, a leaked letter from the Office of the Auditor-General had revealed that Kenya may have to give up Port of Mombasa and a major stake in the Kenya Ports Authority if it fails to repay loans from the communists.

Though Kenyan President Uhuru Kenyatta has stated that the country’s assets won’t be seized by Beijing, many citizens found his assurance difficult to accept, since China had forced Sri Lanka to give up the Hambantota Port under similar circumstances. The contract signed between both nations stipulates that any arbitration would be resolved only in accordance with Chinese law. Several politicians have lashed out at the government for agreeing to such a contract.

“Why are there no criminal charges against the people who negotiated with the Chinese and never brought that negotiated document to Parliament, as per requirements of the Constitution? If it was someone from National Treasury or from the Attorney General’s office, he has done something criminal. You cannot go and negotiate on behalf of Kenyans a debt that is said to be the largest capital project ever undertaken in Africa,” Jakoyo Midiwo, a former member of the Kenyan parliament, said in a statement (The Epoch Times).

The SGR project is also plagued by race issues. Almost 25,000 Kenyans were employed in the project. However, most of the high-ranking and critical jobs are handled by Chinese personnel. Even after a year of operation, a full handover of the railway to Kenyan employees have not taken place. This had sparked intense controversy in the country, with some accusing the Kenyan government of siding with Beijing and remaining blind to the job-based racial discrimination prevalent in the railway. According to the Kenyan Transport Ministry, a full handover will only take place by 2027.