The Warmth and Care From a Bowl of Noodles 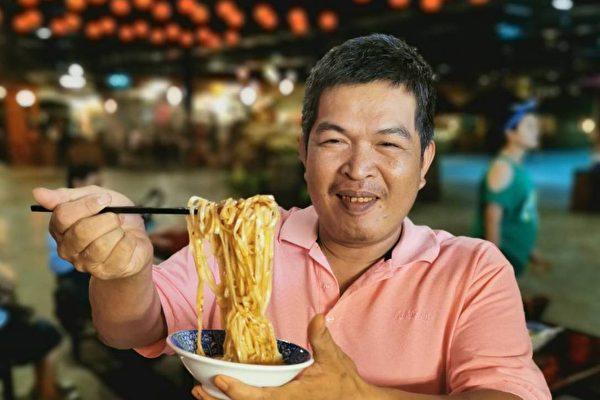 Mi Xiangge and a bowl of noodles. (Image: Mi Xiangge)

There is a little café in Nantou, Taiwan, that is owned by Mr. Mi Xiangge. Their famous dish is a simple bowl of dry noodles for just 18 yuan. Even though the price is low, the process of making the dish is elaborate. Mi said: “18 Yuan noodles may seem inexpensive, but the temperature is carefully controlled.” The noodles are simply cooked, then placed in a porcelain bowl and topped with sauce. The heat is absorbed by the porcelain bowl so the noodles will be just the right temperature when served.

The dish may look tasteless at first glance, but it has a wonderful aroma and flavor. Mi said that it took him six months to come up with the recipe, which is a close approximation of one he used to like when he was younger.

He would often stay out late to gamble as a youth and when he became hungry, he would ask the casino aunty to make him a bowl of noodles with some sauce. What she made was unforgettable and Mi eventually created a dish similar to the one that he loved so many years ago.

A bowl of noodles on credit

Many of Mi’s customers believe that he sells the dish too cheaply and often want to leave a big tip to support his efforts, but he always refuses. Once, an enthusiastic supporter left a 1,000 yuan tip when he wasn’t looking!

Mi Xiangge said: “That was very touching, my customers show their support and appreciation for what I do by just showing up. I make a little profit on each bowl of noodles but the big reward is knowing that it is a welcome dish for so many!”