Want a Job in the Confucius Institutes? It Depends on How Loyal You Are 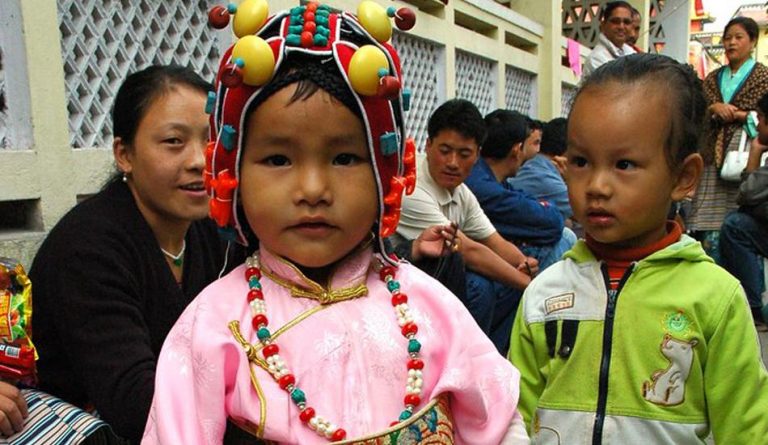 Some Tibetan-Australian children are taught that Tibet is a part of China in Confucius classrooms. (Image: wonderlane via flickr CC BY 2.0 )

In Confucius Institutes, a job as a teacher of Chinese culture not only requires knowledge about the subject, but also love for the “motherland.” The rule was first issued in 2016 by the Confucius Institute headquarters in Beijing and has been mandatory ever since.

Applicants to the teaching post who do not demonstrate “sufficient” love for China, or more importantly, the Chinese Communist Party (CCP), are denied jobs. Those who are selected are sent off to Confucius Institutes worldwide. Loving China essentially means pledging loyalty to the CCP. “[It means] to accept the Chinese Communist Party politics as your own politics and to express no political views of your own… Politics is the exclusive preserve of the Party… It’s what the Party does. This means, of course, that everything the Party touches is political, including education and culture,” Professor John Fitzgerald, a China expert from the Swinburne University of Technology, said to ABC.

The Confucius Institute Headquarters Council in Beijing is headed by Sun Chunlan, who was previously in charge of the United Front Work Department that manages CCP’s foreign influence efforts. In Australia, China has established 14 Confucius Institutes and 67 Confucius classrooms. Students who come to study in these institutes are covertly exposed to pro-CCP messages in the guise of Chinese culture and traditions. For instance, collectivism is said to be natural to Chinese people. This is just an excuse that is often used to justify communist rule in China by arguing that communism satisfies Chinese people’s instinctive need for a collectivist society.

The course content of Confucius Institutes negatively affects Chinese minorities living in Australia. Tibetan-Australians often complain that their children are taught that Tibet is a part of China during Confucius programs in classrooms. This essentially makes Tibetan children “liars” if they argue with their classmates that Tibet is an independent region. In some instances, Tibetan children have been mocked for their names.

In March, the Australian government issued a notice to a few Australian universities that host Confucius Institutes. The administration aims to monitor the activities of these institutes to identify whether they engage in activities on behalf of the Chinese government against Australian interests. “If an entity or individual hasn’t registered and there’s a reasonable belief that their activities require registration, there’s a range of actions through the secretary of the Attorney-General’s Department which can be taken, up to and including issuing a transparency notice and potential penalties for failing to register,” Attorney-General Christian Porter said in statement (The Sydney Morning Herald).

In the U.S., a Senate report has warned that Confucian Institutes in American universities need to be kept under strict scrutiny. The report states that the institutes are a threat to academic freedom as they are tightly controlled by the communist regime. It raises a red flag at the fact that several U.S. universities shied away from mentioning that they had received monetary gifts from China even though the Education Department mandates that foreign gifts be reported.

“Absent full transparency regarding how Confucius Institutes operate and full reciprocity for US cultural outreach efforts on college campuses in China, Confucius Institutes should not continue in the United States,” the report states (South China Morning Post). It also asks the Justice Department to look into whether China is trying to influence the U.S. government or public through Confucius Institutes and called for stricter visa reviews of teachers working in these institutes.