Why Dark Matter Hasn’t Killed Anyone… Yet 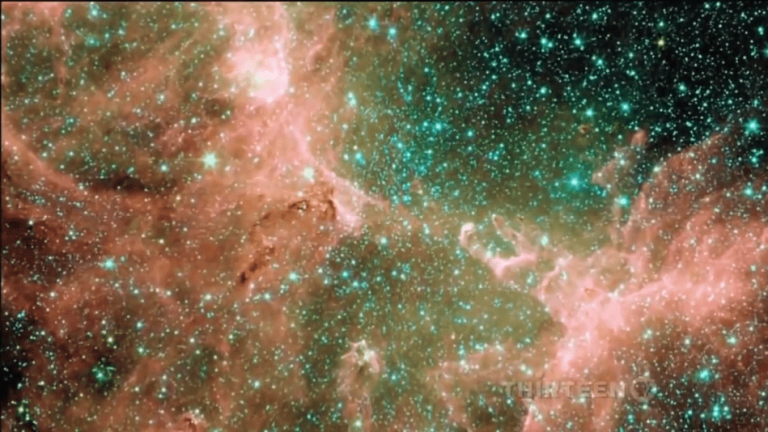 A team of physicists from the Vanderbilt University and Case Western Reserve University are trying to solve the mystery of dark matter. (Image: Screenshot via YouTube)

Dark matter has been a mystery to scientists for a long time. A team of physicists from the Vanderbilt University and Case Western Reserve University asked themselves a rather interesting question — “Has dark matter killed anyone?”

“The closest analogy to a macro collision with a human being is a gunshot wound… Note that we are working with a very different range of projectile sizes and velocities from typical bullets. Macros typically have hypersonic velocities, but very small geometric cross-sections in our parameter range of interest (as small as 1 micron)…Hence, their destructive effect is likely to be qualitatively different from that of a bullet; a macro impact typically heats the cylinder of tissue carved out along its path to a temperature of 10 million Kelvin, resulting in an expanding cylinder of plasma inside the body,” the physicists say in the report (Science Alert).

James Beacham, a particle physicist with the ATLAS Experiment at CERN’s Large Hadron Collider, was intrigued by the study. He believes that the idea presented in the report may have some merit. However, Beacham wants hard data that shows that there aren’t large numbers of inexplicable gunshot-like wounds happening to people around the world. Unless such data is available, the report will only remain a thought exercise and not an actual scientific theory.

“[A]t the end of the day, though, I think this paper is fascinating because it’s an example of how a null result — or something that seems to be looking like a null result, like the lack of WIMP dark matter in our current experiments — can inspire people to think in new ways,” he said to Gizmodo.

Trying to find a link between dark matter and deaths on Earth is not something new. A few years back, physicist Lisa Randall proposed that dark matter was the cause of the extinction of the dinosaurs. According to the currently accepted theory, an asteroid crashed into the Yucatan Peninsula in Mexico nearly 66 million years ago, triggering huge tsunamis, volcanic eruptions, massive environmental damage, and the eventual death of the dinosaurs. Randall does not dispute the theory. Instead, she gives an alternative suggestion as to why the comet struck the Earth.

According to Randall, a certain portion of dark matter might experience a force that is similar to electromagnetism. She calls it the “dark light.” She proposed that this could have caused a portion of dark matter to form an invisible disk that overlaid the spiral arms of the Milky Way. The disk eventually interfered with a comet and led it to collide with Earth, wiping out the dinosaurs inhabiting the planet at that time.

Her theory has been viewed with extreme skepticism in the general scientific community, partly because there is no solid proof of such a dark matter disk existing. Randall believes that proof of the disk and its interaction with comets will soon be found.