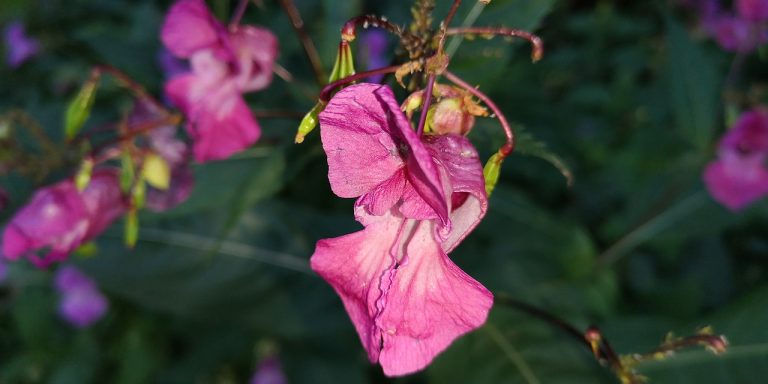 Singh's experiments with Balsam plants showed that music had a positive effect on their growth. (Image: via Max Pixel)

The positive effects of music on people are well-documented. Hearing classical, soothing music has been found to decrease stress levels and increase calmness in people. However, it seems to not only have an effect on human beings, but also on plants. Several studies in this area have found that plants exposed to classical music tend to grow better.

In 1962, an Indian botanist by the name of T. C. Singh conducted an experiment in which he played classical music in front of balsam plants. He found that the plants had responded to the vibrations of the music and grew almost 20 percent more in height and 72 percent in biomass. He repeated the experiments on agricultural crops like rice, peanuts, and tobacco, and found that music played through loudspeakers produced a real positive effect on the crops.

In 2007, a South Korean scientist played Beethoven’s Moonlight Sonata in front of rice plants. Sound frequencies between 125 hertz and 250 hertz made the genes of the plant increasingly active. The rice plants grew taller pretty fast and the blooms came earlier. Sound waves with frequencies of 50 hertz or less were observed to reduce the activity of the genes.

Dan Carlson, an agro-sonic researcher, invented a technology called Sonic Bloom that promises to increase the production yields of crops using sound frequencies. In Sudan, Sonic Bloom was used to promote growth during a drought. Wherever the technology was not deployed, the plants did not grow.

A team of Russian scientists carried out experiments on onion plants. They subjected the plants to classical music for six hours every day for 10 days. After the test period, the researchers pulled out the onion plants and analyzed them at the cellular level. They discovered that the plants had grown longer and had stronger roots. Onion plants that listened to music with lyrics had even longer roots.

So why do plants respond to music? “Music and sound are transmitted in the form of sound waves — these cause minute vibrations, most obviously on your eardrums. Plants are composed of protoplasm, a translucent, moving, and living matter that makes up all animals and plant cells. One theory is that the vibrations picked up by the plant (from your favorite concerto, perhaps) might speed up the protoplasmic movement in the cells and assist growth, making a stronger and better plant,” according to Classic FM.

Giancarlo Cignozzi, a winemaker from Italy, plays Mozart in his vines, as he believes the plants like it. Cignozzi first noticed the positive effect of music on the grapes when he played Il Paradiso di Frassina. The grapes not only grew toward the speaker, but they also became bigger and had higher sugar content. The plants also became less suspect to insect attack, which allowed him to give up the use of pesticides in the vineyard. Another Italian vineyard, Paradiso di Frassina in Tuscany, started playing classical music in 2001 to keep pests away. But when the owners saw that the fruits had grown better with music, they continued playing it.