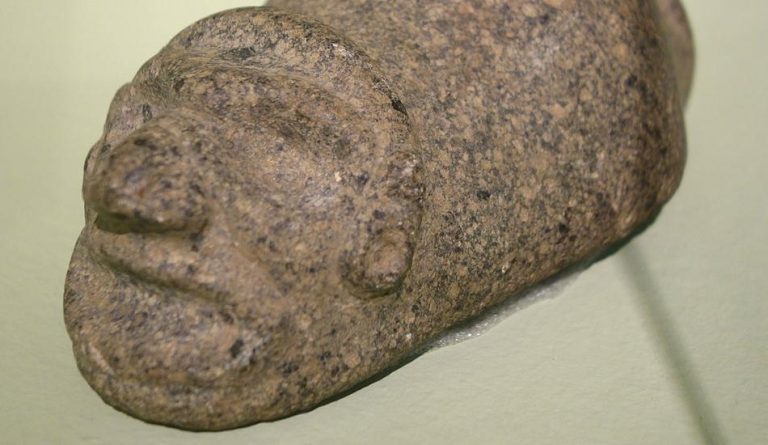 A group of figurines discovered in the 19th century is now subject of deep interest. Researchers in Puerto Rico who studied the stone figures claim that it has carvings of a mystery language that points to a lost civilization.

In the 1800s, a monk named José Maria Nazario discovered 800 stone statues. A dying woman had taken him to a mountain hut and disclosed the location of the figurines that her family had been protecting for centuries. The monk followed her directions and went into the deep forests of Puerto Rico to discover the statues. Initially, Nazario claimed that the figurines might have been made by the lost 10 tribes of Israel. However, the theory was thrown out of the window and many billed the stone statues as being a forgery.

In 2001, a Puerto Rican professor named Reniel Rodríguez Ramos took interest in the stone objects and started studying them. He conducted a material analysis of the figurines and concluded that the objects were made in the 14th century, even uncovering proof that some of the objects were covered in red paint and gold. He believes that the stone figures were used in a ritual by a lost Puerto Rico civilization.

“To date, we have not found any similar carved stone art objects from this region of America, and this is why many researchers assumed that they must be fake… However, the microscopic tests we performed show beyond any doubt that the stones were carved around 600 years ago… Under the microscope, we can see the erosion of the stones and the brown-grey patina that is typically found when items have been buried or exposed to the ravages of nature for extensive periods,” Dr. Iris Groman-Yaroslavsky, who assisted Ramos in his research, said in a statement (9News).

The stone items are believed to be made from an object that was originally greenish-black in color. The researchers found no evidence of any kind of manipulation done on the figurines. The processing marks on the objects indicate that specialized chiseling tools were employed. The use of gold and red paint proves that the items were locally produced since the area is known for ochre and gold mines. As to the carvings, the researchers are unsure of origins. Some hypothesize that it might have been a writing system practiced by a pre-Columbian Puerto Rican civilization. A few experts have found similarities with Sumerian and Phoenician writing systems.

Prior to the arrival of Columbus, the Taino people had developed a civilization in Puerto Rico. Originating in South America, the Tainos lived in clan-based villages led by a chief. They had sparse knowledge of agriculture, but knew enough about growing crops like cassava, pineapple, and sweet potatoes. The Taino society was divided into two classes — nobles and commoners. People followed a matrilineal system of inheritance and women had considerable freedom in society.

After the arrival of the Spanish, the Taino population plummeted. Some were killed in conquests and taken as slaves. During 1518-1519, a smallpox epidemic swept Puerto Rico and ended up killing about 90 percent of the Taino. The survivors married the newly-arrived Europeans and Africans, laying down the foundation of present-day Puerto Rico society.