Why the Chinese Imperial Bedroom Was So Small 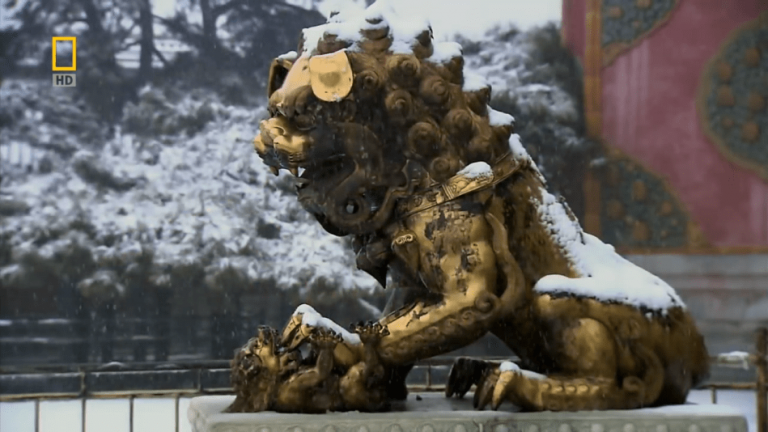 The Forbidden City in Beijing, also known as the Palace Museum, was built between 1406 and 1420 in the Ming Dynasty and has housed various emperors and their families. (Image: Screenshot / YouTube)

Pǔyí (溥儀) was the 12th and last emperor of the Qing Dynasty. He was forced to abdicate the throne on February 12, 1912 after the Xinhai Revolution, marking the end of 2,000 years of imperial rule and the end of the Forbidden City’s use as a royal residence. He had apparently taken the name “Henry” for himself out of admiration for Britain’s King Henry VIII. Aged 19 in 1924, Pǔyí escaped to the Tientsin international settlement, sheltering with the Japanese. Between 1945 and 1950, the Russians kept him captive in Siberia after catching him attempting to flee to Japan. He was then handed over to the Chinese Communist Party and imprisoned as a war criminal. After brainwashing and so-called “rehabilitation,” Pǔyí was accepted as a fellow communist and pardoned. He died in 1967, aged 61, from kidney cancer.

The Forbidden City is the largest palace in the world, covering an area of 720,000 square meters (over 7 million square feet). It is said to have originally had 9,999 and a half rooms (the number 9 is thought to be special); only gods in Heaven were believed to be entitled to 10,000 rooms. Emperor Chengzu, who had the Forbidden City built, had declared himself to be the son of God and had ordered the precise number of rooms to be built. However, only 8,707 rooms are confirmed to remain today, which include big and small palaces, hallways, towers, pavilions, and open galleries.

It’s certainly a curious sight to see that what would have been the emperor’s living quarters and his bedroom, in particular, are very small. According to ancient Chinese geomancy, or feng shui (風水), a huge house with few people in it was said to suffer from negative energy due to a lack of proportionate activity.

Many people dream of owning a mansion, and it can be great for a large family or for several generations living together, for example. But a lack of balance between the living space and its population has been traditionally avoided, since superfluous space was thought to drain people’s energy and vibrancy.

An emperor’s bedroom, for example, was designed according to ancient wisdom to be usually less than 10 square meters (around 100 square feet). In the Forbidden City, the Hall of Preserving Harmony, along with its study room and posterior bedroom, is surprisingly small — not much bigger than what a commoner would have had.

Emperor Yongzheng’s highly ornamental “dragon bed” is also regular-sized. Once the privacy curtains are pulled around the bed, the space is indeed reduced to around 10 square meters. This modest design was believed to contribute to maintaining the emperor’s health, energy levels, inner peace, and longevity.

In fact, many famous or wealthy people in history have also chosen to have very small bedrooms, which usually turn out to be about 10 square meters. Moreover, whether it’s China’s top 10 gardens in Suzhou Province or the four most popular in Guangdong, they are all small and intimate. “The bigger the better” may not apply in all cases.

Translated by Yi Ming and edited by Emiko Kingwell