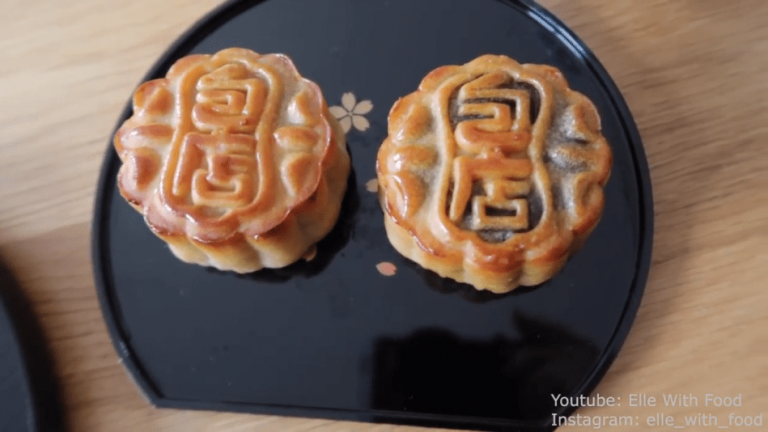 Eating mooncakes during the Mid-Autumn Festival is a traditional custom in China that dates back to the Yuan Dynasty. (Image: Screenshot via YouTube)

Eating mooncakes during the Mid-Autumn Festival is a traditional custom in China. This custom began in the Yuan Dynasty (1271-1368). At that time, Chinese people were under the cruel rule of Kublai Khan. They were unwilling to endure it any longer and fought against the government. Zhu Yuanzhang united various resistance forces and prepared for an uprising. However, government officials conducted strict searches that made it very hard for the resistance movement to communicate with each other. The military adviser Liu Bowen came up with a plan. He decided to hide a paper message: “Uprising on the evening of August 15” in each mooncake, and then sent the cakes to the resistance forces to inform them of the uprising time. On August 15, many forces responded to the call.

The uprising was successful. Zhu Yuanzhang was so happy with the outcome that he instructed the people to have a party for the soldiers and citizens during the upcoming Mid-Autumn Festival and the humble mooncake would be served as a reward. Since then, eating mooncakes during the Mid-Autumn Festival has been a custom in China.

In the current campaign against the Hong Kong extradition bill, mooncakes have once again become a special way of protesting for some Hong Kong people.

According to Hong Kong media reports, a cake shop with more than 30 years of history called Wah Yee Tang Cake Shop recently launched a line of “anti-extradition mooncakes” with slogans including: “Hongkonger,” “no withdrawal, no dispersal,” “stand together,” and others. Among them, “Remember your old mother” was a special order for a customer who plans to encourage his reporter friends to support the people of Hong Kong with his mooncake gifts.

The first batch of “anti-extradition mooncakes” was sold out the moment they were put on the counter. On July 10, Naomi, the shop owner, wrote on their website that they had already taken 2,000 orders and the number was still increasing. She said that the mooncake is very popular, not just because of the cake itself, but what it means to the Hong Kong people as their response to the way the police behaved during the demonstration. She said that she wanted to support Hong Kong people in another way than just by making special mooncakes. The income generated from the sales of the “anti-extradition mooncakes” will be donated to those injured in the demonstration.

What is also noteworthy is that while the “anti-extradition mooncakes” are selling out, the Hong Kong artists who are suppressed by the Chinese Communist Party (CCP) because of their active participation in the anti-extradition campaign are also being supported by the people of Hong Kong. Their works go straight onto the hot list and everyone wants to purchase them.

Denise Ho, a Hong Kong singer, participated in the 2014 Umbrella Movement protests. Now, she is very active in the anti-extradition campaign. Recently, she not only stepped onto the UN forum talking about the anti-extradition campaign, but also called on the Human Rights Council to remove the CCP from the Council. These activities have gotten her song albums banned from mainland China for a long time. However, on July 10, Apple’s iTunes Store announced that her three albums won the championship, 4th, and 8th places of the top albums in Hong Kong.

The selling of “anti-extradition mooncakes” and Denise Ho’s album successes fully reflect the Hong Kong people’s support for the reversal of the extradition bill and demonstrates the people’s powerful voice.