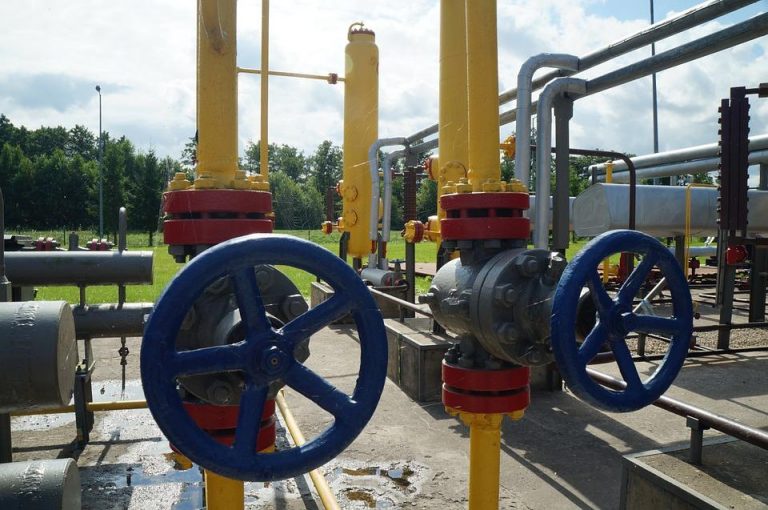 Europe has not made significant investments in its natural gas infrastructure in recent years in favor of external supplies and alternative forms of energy. (Image: Pixabay)

A byproduct of oil and gas production is a large quantity of toxic wastewater called brine. Well-drillers dispose of brine by wastewater injecting into deep rock formations, where its injection can cause earthquakes. Most quakes are relatively small, but some of them have been large and damaging.

Yet predicting the amount of seismic activity from wastewater injection is difficult because it involves numerous variables. These include the quantity of brine injected, how easily brine can move through the rock, the presence of existing geological faults, and the regional stresses on those faults.

Now a team of Arizona State University-led geoscientists, working under a Department of Energy grant, has developed a method to predict seismic activity from wastewater disposal. The team’s study area is in Oklahoma, a state where much fracking activity has been carried out with a lot of wastewater injection and where there have been several induced earthquakes that have produced damage.

The team’s paper appears in the Proceedings of the National Academy of Sciences. Guang Zhai, a postdoctoral research scientist in ASU’s School of Earth and Space Exploration and a visiting assistant researcher at the University of California, Berkeley, said:

“Overall, earthquake hazards increase with background seismic activity, and that results from changes in the crustal stress.

“Our focus has been to model the physics of such changes that result from wastewater injection.”

Zhai is the lead author for the paper, and the other scientists are Manoochehr Shirzaei, associate professor at the school, plus Michael Manga of UC Berkeley and Xiaowei Chen of the University of Oklahoma. Shirzaei said:

“Seismic activity soared in one area for several years after wastewater injection was greatly reduced.

“That told us that existing prediction methods were inadequate.”

To address the problem, his team went back to basics, looking at how varying amounts of injected brine perturbed the crustal stresses and how these lead to earthquakes on a given fault. Zhai said:

“Fluids such as brine (and natural groundwater) can both be stored and move through rocks that are porous.”

The key was building a physics-based model that combined the rock’s ability to transport injected brine and the rock’s elastic response to fluid pressure. Shirzaei explained:

“Our model includes the records collected for the past 23 years of brine injected at more than 700 Oklahoma wells into the Arbuckle formation.”

He added that to make the scenario realistic, the model also includes the mechanical properties of the rocks in Oklahoma. The result was that the model successfully predicted changes in the crustal stress that come from brine injection. For the final step, Shirzaei said:

“We used a well-established physical model of how earthquakes begin so we could relate stress perturbations to the number and size of earthquakes.”

The team found that the physics-based framework does a good job of reproducing the distribution of actual earthquakes by frequency, magnitude, and time. Zhai said:

“An interesting finding was that a tiny change in the rocks’ elastic response to changes in fluid pressure can amplify the number of earthquakes by several times.

While wastewater injection can cause earthquakes, all major oil and gas production creates a large amount of wastewater that needs to be disposed of, and injection is the method the industry uses. Shirzaei said:

“So to make this safer in the future, our approach offers a way to forecast injection-caused earthquakes.

“This provides the industry with a tool for managing the injection of brine after fracking operations.”

Knowing the volume of brine to be injected and the location of the disposal well, authorities can estimate the probability that an earthquake of a given size will result. Such probabilities can be used for short-term earthquake hazard assessment.

Alternatively, the team says, given the probability that an earthquake of a certain size will happen, oil and gas operators can manage the injected brine volume to keep the probability of large earthquakes below a chosen value. Zhai added that the end result

“is that this process will allow a safer practice, benefiting both the general public and the energy industry.”