Thomas Dambo: The Artist Who Creates Giant Trolls Out of Trash 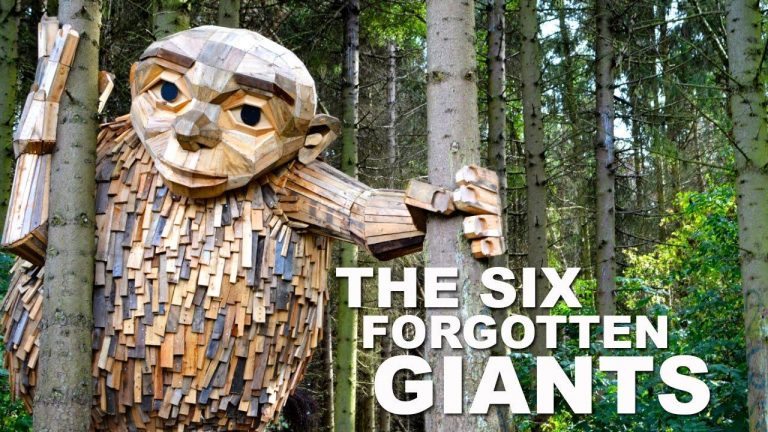 Thomas Dambo from Denmark has created something unique for the people of Copenhagen to enjoy — six large troll sculptures spread throughout the city’s forests. (Image: Screenshot / YouTube)

Thomas Dambo from Denmark has created something unique for the people of Copenhagen to enjoy — six large troll sculptures spread throughout the city’s forests. What’s interesting about them is that all the sculptures are made out of trash.

The trolls of Copenhagen

Dambo used recycled wood, collected from sources like pallets, old fences, sheds, and so on, to create the trolls. The project, known as “The Six Forgotten Giants,” has been designed as a treasure hunt. People can look at a map that marks the location of these sculptures and explore the forests of Copenhagen to find them. The “troll hunting” is perfect for families who want to take their kids out for some fun in the wild.

“As humans, we often have a way of choosing the beaten path and the main roads… So when the municipalities of west Copenhagen contacted me about a project, it seemed natural to make something which could get people out and explore the beautiful nature in the hidden outskirts, which you usually wouldn’t see,” Dambo said in a statement (Travel And Leisure)

Some of the sculptures act as safe havens for local fauna. For instance, “Little Tilde” is a troll figure that has 28 birdhouses on it where birds can fly in and rest. Each troll has a unique poem dedicated to it that describes their personality. The sculptures were inspired by the artist’s perception of the area in which they are installed. At Rodovre, where one of the trolls is located, Dambo noticed several sleeping bags lying around the forest. So he installed the “Sleeping Louis” troll at the site, which also acts as a shelter for people camping in the area.

Dambo feels that his artistic works inspire people to reuse trash and keep the environment clean. “Trash is a material and it only depends on how you work with it… We can design an entire world out of trash. We need to look at it and then think about what to do with it. That’s why I’m building these bigger-than-life scale projects. By doing that and involving people, they will open their eyes and see the possibilities and opportunities that lay in our trash. I hope that my art will inspire people to recycle and encourage them to be kind to nature and our planet,” he said in a statement (Colossal).

Born in the city of Odense in Denmark, Dambo became interested in building sculptures at a young age. When he was a child, he would hunt for leftover material that would enable him to build things like treehouses and soapbox cars.

In 2005, Dambo gained admission into the Kolding School of Design, where he started exploring the world of street art. His first major public art project was “Happy City Birds” through which he built over 3,500 birdhouses from waste in cities across the world.

Currently, Dambo is based out of Copenhagen where he runs his art business. In addition to Copenhagen, Dambo has installed troll sculptures in South Korea and Northern Illinois, all from recycled material. For the upcoming Tomorrowland 15th anniversary music festival, the organizers have commissioned him to create seven troll sculptures in the city of Boom in Belgium.