Saving the Bees: A Dutch Solution 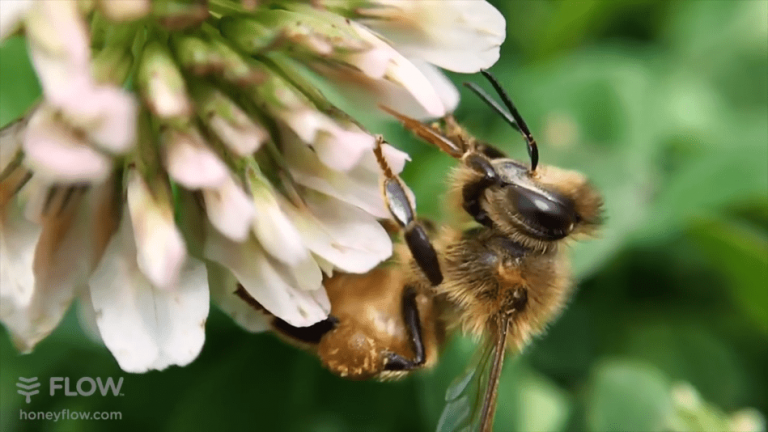 In the town of Utrecht in the Netherlands, many of the bus stop rooftops are covered in plants to support the growth of the honeybee population in the region. (Image: Screenshot via YouTube)

In the town of Utrecht in the Netherlands, many of the bus stop rooftops are covered in plants. This has been done in support of saving the bees in the region.

More than 300 bus stops in Utrecht have been converted into bee-friendly places. In addition to boosting the biodiversity of the area, these bee shelters also capture fine dust from the atmosphere and store rainwater. The bus stops feature bamboo benches and energy-efficient LED lights. The roofs are taken care of by workers who use electric vehicles to get around the bee shelters.

Often made from wooden pallets, the insect hotels are basically structures that feature small tubes where bees can rest. In addition, plants that are known to attract bees have been strategically placed in the city. The government has also banned the use of chemical pesticides on public land after it came to light that certain pesticides make it harder for bees to fly on target. As a result of these measures, the bee population in Amsterdam has risen by almost 45 percent since 2000.

Last year, the Netherlands introduced a pollinator strategy to revive the population of insects like bees, butterflies, etc., that have been identified as being critical in sustaining the country’s agriculture. In Amsterdam, the local government is following a policy of converting almost half of all public green spaces to native plants. “Our strategy is to when we design a park, we use native species but also the species that give a lot of flowering and fruit for [bees]… [Citizens] acknowledge the importance of the natural environment. It’s part of the culture,” Geert Timmermans, an ecologist working for the city, said in a statement (NBC News).

Of the 100 crop species that make up about 90 percent of our food, 35 percent of them are pollinated by bees, bats, and birds. Among many plants, bees are the number one initiators of reproduction, since they transfer pollen from the male stamens to female pistils. In the U.S., managed bee colonies are shipped around the country all through the year to pollinate our food.

“In February, about 60 percent of managed colonies head to California to begin almond production… The bees then travel to Florida to pollinate citrus crops before making their way up through the Southeast for the production of blueberries, cherries, and other specialty fruits and vegetables… Apple pollination begins in the Northeast in June, and the last pollination event typically occurs in Maine in late June and early July for lowbush blueberries… The bees then go to a set location for several months, where they gather nectar and produce honey,” according to ABC News.

In recent times, there has been a rapid decline in the U.S. bee population that is worrying agricultural experts. Between October 2018 and April 2019, the managed honey bee population fell by 37.7 percent. For the entire year of April 2018 to April 2019, the population declined by 40.7 percent. The biggest reason for the fall in the bee population is a parasite called the varroa mite, which invades beehives and spreads diseases. Poor colony management practices, exposure of beehives to pesticides, and loss of habitats also contribute to the decrease in the bee population. If the trend persists, it could lead to a steep rise in food prices. This is why saving the bees is so critical.