The Incredible Medicinal Properties of Bamboo 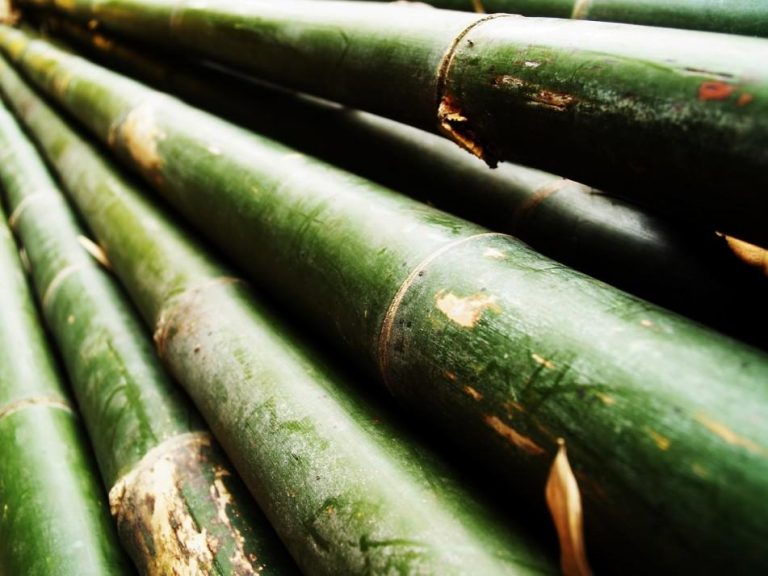 From that day on, Wei Guiyi used a bamboo pole to guide Huang Funeng, and no matter where she went, Huang would follow. (Image: via pixabay / CC0 1.0)

Bamboo is the tallest member of the grass family and is known to have several pharmacological uses. There are more than 1,600 species of bamboo across 120 genera. Bamboo shoots are rich in vitamins, protein, fiber, and minerals while being very low in fat.

Bamboo contains a class of complex organic polymers called lignins, which have strong anti-cancer properties. The shoots of the plants have phenolic compounds that have antioxidant properties and contribute to preventing cancer. The fiber component of the shoots might help in dealing with colorectal cancer. A study on bamboo by Indian researchers found that the phytosterols (compounds found in cell membranes) in the plant can fight against cancers that affect the stomach, ovary, lungs, and breast.

“Bamboo shoots also contain several other anti-carcinogenic agents such as glucosinolates and saponins and efficacy of bamboo shoots phytochemicals for their antitumor potential has already been clinically proven. Thus, it is quite evident that bamboo shoots contain diverse arrays of phytochemicals which are highly effective in preventing as well as treating incidences of several types of cancer diseases,” the researchers conclude.

The numerous minerals and nutrients in bamboo make it an excellent immune booster. Eating bamboo regularly can decrease a person’s vulnerability to infections and the common cold. If you have been using antibiotics for a while, consuming bamboo can help replenish and strengthen your immune system. Thus, the plant is useful for people who are recovering from chronic infections.

A healthy body requires a healthy bowel. Since bamboo contains high amounts of dietary fiber, it aids in digestion and the production of a bowel movement. It has also been found to strengthen muscles in the stomach. A study looked at the short-term effects of bamboo shoot consumption on young women and found that the plant has a beneficial effect on bowel function and lipid profile.

“Serum total cholesterol, low-density lipoprotein cholesterol, and the atherogenic index were decreased with the bamboo shoot diet feeding compared with the dietary fiber-free diet. There were no differences in serum glucose levels among the tested diets. Fecal volume and bowel movement frequency in subjects fed the bamboo shoot diet were significantly increased.” (Nutrition)

In some countries, cereal companies are adding bamboo fiber to their products to make them more attractive to health-conscious customers seeking a remedy for their constipation issues. When compared to lettuce, bamboo contains far more fiber per gram, making it a natural solution for constipation.

The juice of bamboo contains ethanol, which is known to be useful in cleaning and healing wounds. In many cultures, poultices made from bamboo shoots have been used to dress wounds. A scientific study tested the anti-inflammatory and wound healing abilities of ethanol extract made from bamboo (B. vulgaris) leaves on rats. “Flavonoid fraction of B. vulgaris leaves possesses a definite healing action… This is demonstrated by a significant increase in the rate of wound contraction and by enhanced epithelization,” the study concluded.

Bamboo shoots are rich in potassium, which regulates blood pressure and steadies the heartbeat. According to a Chinese study, the shoots contain phytonutrients and phytosterols that can dissolve harmful LDL cholesterol in the body. As a consequence, blood moves smoothly through the arteries, keeping the heart safe.