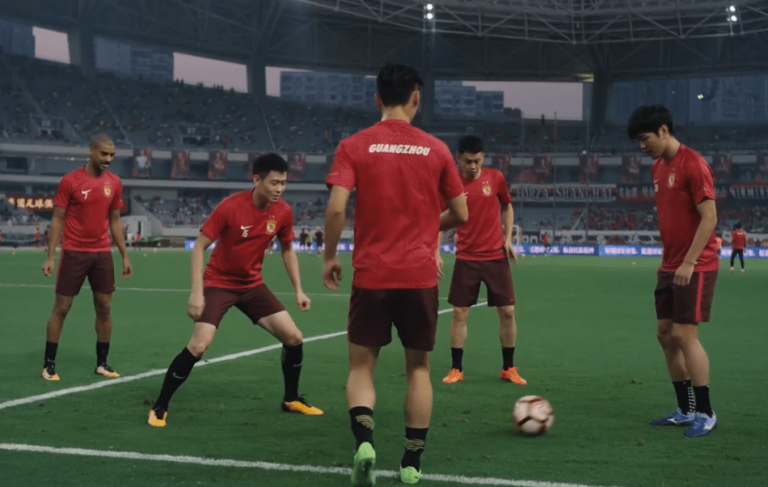 Several soccer players are giving up their home country’s passport and taking up Chinese citizenship as part of a government program to raise Chinese soccer to international levels. (Image: Screenshot via YouTube)

Several soccer players are giving up their home country’s passports and taking up Chinese citizenship as part of a government program to raise Chinese soccer to international levels. The foreign players play in the Chinese Super League (CSL) alongside domestic talent as Beijing believes this gives Chinese players good exposure to help raise their overall standards.

A decade ago, very few soccer players from the UK or Europe would have considered sacrificing their existing citizenship and getting a Chinese passport. But the growth of CSL means that the league is able to offer handsome payouts to players. Some of them have no intention to play long-term in the CSL. They just plan on playing for a few years, making as much money as they can, and then applying for citizenship in some other country.

Chinese soccer fans have been open to the idea of foreign players getting citizenship, but only when the players have some Chinese heritage. For instance, Nico Yennaris from Britain and John Hou Saeter from Nigeria took up Chinese citizenship to play soccer in the country. Both players have been well-received by fans since they have Chinese roots. However, for someone like Elkeson de Oliveira Cardoso, a soccer player with Brazilian heritage, seeing him become Chinese is something that most fans are uncomfortable with.

Beijing has allowed the citizenship program for soccer players because it sees the game as a major global influencer and wants the country to dominate it. The state plans on including these naturalized players on China’s World Cup squad for 2022. Despite the efforts of the government, some believe that the game might not catch on in the country since people do not seem too interested in soccer. For the 2019 season of the CSL, not a single game was sold out. The average stadium capacity was just 51 percent.

“I think they’re just not into football… Nobody will tell you that. For a long time, even I was that person who was an advocate, saying: ‘Yeah there’s a lot of potential here, it’s a sleeping giant and it’s a massive goldmine waiting to be discovered.’… The football culture we have in the UK is so profound and deep that it would take a long time for any country that doesn’t have that to generate it,” Cameron Wilson, a Chinese sportswriter in Shanghai, said to CNN.

The incoming foreign players are also required to display their loyalty to China and the Chinese Communist Party (CCP) by taking “educational” classes. The Chinese Football Association (CFA) has issued a directive mandating CSL clubs to report on the thoughts of foreign-born naturalized players every month.

“The grass-roots organisation of the Communist Party of China, which covers the football clubs, will be in charge of educating such footballers on the history and basic theory of the party… The football clubs must have specially assigned staff to track the thinking of such footballers and their performance in training and games. A written report on these matters will be filed to the association each month,” the directive states (South China Morning Post).

The clubs have been instructed to teach the Chinese language and educate the footballers about the country’s culture and history. The players are required to recognize the Chinese flag and be capable of singing the national anthem.