Economist Roubini: A Big Financial Crisis May Be Coming 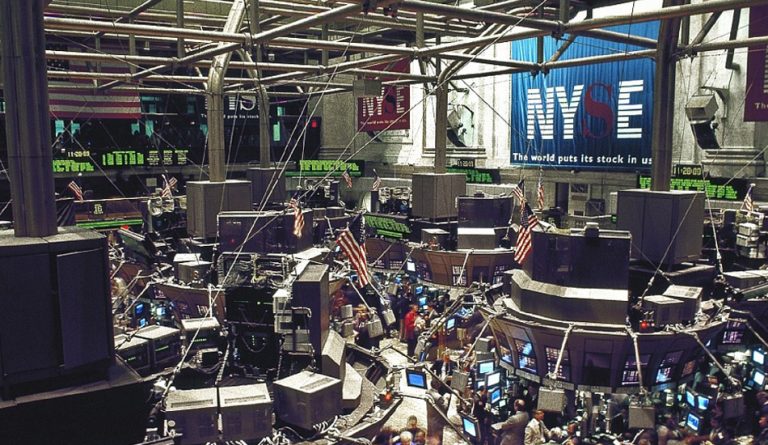 The American people are seeing the Chinese communist regime for what it is. They want a tough stance taken by U.S. financial firms and companies against the Chinese Communist Party’s human rights abuses instead of turning a blind eye in pursuit of the Chinese market. (Image: via Pixabay)

Nouriel Roubini is often called “Dr. Doom” because of his knack for predicting big market changes. He is well-known to have red-flagged the housing bubble crisis of 2007/2008 that pushed the global economy to the back foot. And now, Roubini has a new warning. The economist predicts a big financial crisis in 2020. He believes that the U.S.-China trade conflict is the biggest risk for global markets, something that could escalate in various ways over the next year.

“The Trump administration could decide to extend tariffs to the US$300 billion worth of Chinese exports not yet affected. Or prohibiting Huawei and other Chinese firms from using U.S. components could trigger a full-scale process of de-globalization, as companies scramble to secure their supply chains. Were that to happen, China would have several options for retaliating against the U.S., such as by closing its market to U.S. multinationals like Apple. Under such a scenario, the shock to markets around the world would be sufficient to bring on a global crisis, regardless of what the major central banks do,” he writes at Project Syndicate.

Last year, Roubini and colleague Brunello Rosa laid out 10 events that could trigger a financial crisis in 2020. While the U.S.-China trade conflict was one of them, another major risk highlighted was the fiscal policy. At present, U.S. economic growth is being pushed forward through a stimulus policy that pumps money into the economy. But by 2020, this stimulus will end. As a consequence, U.S. GDP growth will come down from around 3 to below 2 percent.

Since the past stimulus was poorly timed, the American economy is experiencing rising inflation. To keep it under control, the U.S. Federal Reserve will likely seek to push up interest rates, which will put pressure on liquidity. The combination of a slowing economy and tightening credit will act as a dampener on U.S. economic growth, the primary driver of the global economy. As to the safest investment option during a financial crisis, Roubini believes U.S. Treasuries to be a good bet even if the country’s debt levels keep rising.

“In relative terms, the U.S. is still in better shape than, say, Europe and Japan. Public debt as a percentage of the economy in most of Europe and Japan is higher than in the U.S. Potential growth is lower, and in the U.S., like in Japan, you can monetize your debt, while individual members of the eurozone, like Italy, do not have their own currencies. Europeans can monetize debts across all members of the EU at the same time, but not individually. That is why I don’t worry about the U.S. fiscal climate in the short term, and even during the global financial crisis, U.S. Treasuries and dollar assets became the safe haven,” he said to the CFA Institute.

Roubini is not the first expert to sound the alarm bell over an imminent market doom. Jim Rogers, the founder of the Quantum Fund, thinks that the worst is yet to come. “It has been 10 years since the American stock market had a major problem and that is the longest in American history. When the next problem comes, it is going to be the worst in my lifetime. In 2008, we had a problem of too much debt. Since 2008, debt has sky-rocketed everywhere. When we have the next bear market, it is only going to be horrible,” he said to Economic Times.