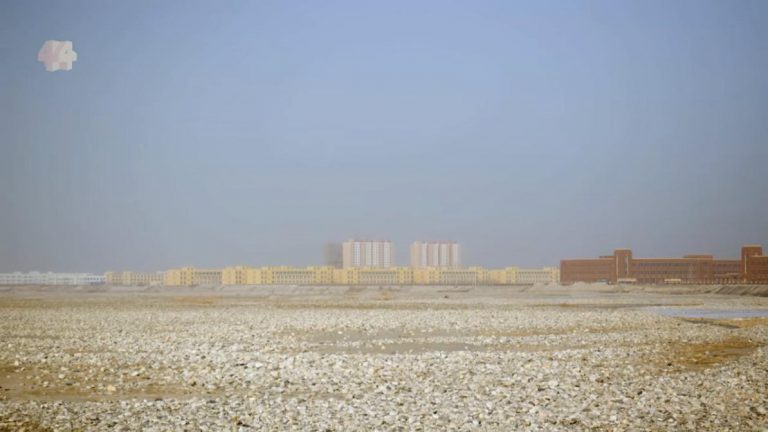 Slavery is said to be a system that belonged to the past. Countries across the world have condemned it and made slavery a punishable offense. But in China, slave labor camps prosper with the blessings of the Chinese Communist Party (CCP).

Four Corners, a program broadcast by Australia-based ABC News, recently did an exposé of forced labor camps in China. It featured interviews with Uyghur women who had been released from such camps. One woman, named Dilnur, was arrested together with her husband in February 2017. She was later sent to work in a factory at a detention camp. The Four Corners team only learned about the plight of Dilnur through her sister Gulnur, who lives in Melbourne. The team tracked down the factory where Dilnur is believed to be working and found that it was a textile company called Urumqi Shengshi Huaer Culture Technology Co., located about 20 miles north of Xinjiang. Dilnur is apparently still being forced to work at the factory.

Dilnur is not a solitary example. Thousands of Uyghur women have been forced to work for pitiful wages in Xinjiang and the surrounding regions. According to Beijing, this is a necessary process to weed out “extremist thoughts” of Uyghurs. But in reality, the forced labor camp is just another way of depriving Uyghurs the freedom to work according to their choice. By forcing them to work in a state-approved camp, Beijing will always be able to monitor the Uyghurs and shape their thoughts to align with communist ideologies. Academician Adrian Zenz, who has researched the Xinjiang camps, believes that there is another insidious intention behind the forced labor camps — to separate children from parents.

“The way that you re-engineer and change an ethnic group, an ethnic society is if you break up their core units… You break up the family unit by making the parents work full-time in different places… That’s also how you inhibit what’s called intergenerational transmission of culture and religion. Meaning the parent’s ability to pass on the cultural and the spiritual heritage to the next generation… If you can control that, then you basically have control over the entire next generation of these ethnic groups,” he said to ABC News.

Last year, the World Organization to Investigate the Persecution of Falun Gong (WOIPFG) published a report that showed that the Chinese government forced women to manufacture “My Doll” toys in the 2000s. Most of the women were practitioners of Falun Gong, a spiritual tradition that Beijing classifies as a “threat to society” while violently persecuting its adherents. The detention centers were said to still be operational even at the time of publishing the report.

“Those packaged and exported products all had production deadlines. The inmates and illegally detained Falun Gong practitioners had to start work every day before 7:00 a.m. Under regular circumstances, the detainees would finish working at 9:00 p.m., but most of them were usually made to work until 11 p.m. The labor camp’s quotas were calculated based on the workload of 10 hours, but most people wouldn’t be able to meet the quotas,” a Chinese woman who was forced into the labor camp between 2002 and 2003, says in the report.

Though Beijing announced in 2013 that such camps would be shut down, Amnesty International reported that the camps were never actually closed. The regime just changed the name of some facilities and shifted the detainees to other labor camps. Those who were not sent to these places ended up in prisons.