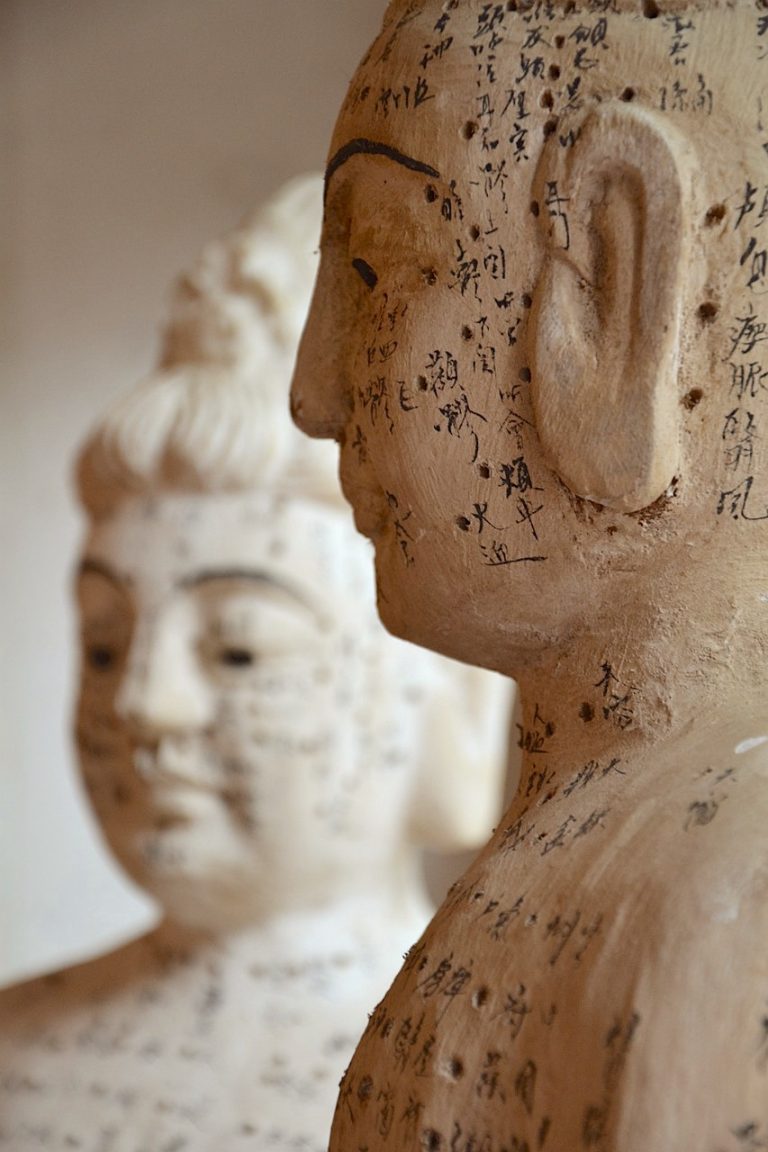 The Feng Fu point is at the base of the skull, just below the bottom ridge of the skull cap at the highest point of the neck. (Image: via Max Pixel)

According to TCM, a person’s internal organs and their functions have to be in balance if they are to remain healthy. Any disturbance will damage the health of the person and push them into physical and mental turmoil. Disruption in the flow of chi, considered as the vital energy of the body, makes a person weak. TCM seeks to rectify these issues through a series of treatment methods like acupuncture, herbal medication, qigong exercises, etc., so that the body’s balance is restored to its harmonious state.

“The value of Chinese medicine lies in its different means for diagnosis and intervention, emphasizing nurturing health, preventing disease, defending capacity in health and disease, and function-oriented wellbeing of a person as a whole… Too often Chinese medicine offers alternative solutions where conventional medicine fails. Thus, integrating the wisdom and approaches of both TCM and conventional medicine represents a shortcut to meet many unmet medical needs,” Qihe Xu, co-director of the King’s Centre for Integrative Chinese Medicine in the UK, said to CNN.

Several remedies that have been used in TCM for centuries are now being proven valid for treatment even today. For instance, a 2012 study looked at the effectiveness of four traditional medical herbs used in TCM for the last 1,800 years. The researchers found that the herbs were very effective in dealing with alleviating the side effects and increasing the efficacy of chemotherapy. The growing interest in applying TCM to modern treatments is also driving the movement to standardize Chinese medicine.

According to Wang Zhengtao, director of Shanghai R & D Center for Standardization of Chinese Medicines, 12 traditional Chinese medicinal materials have been given the ISO standard up to now. The latest to gain ISO recognition is a herbal drink, “banlangen.” In February, the organization published a standard that specifies which plant is the source for banlangen, the method to test its composition, what it looks like, the minimum requirement for its composition, and so on. Moving forward, even more Chinese medications will gain the ISO standard, which will go a long way in truly blending ancient Chinese wisdom with modern medical breakthroughs.

Some people have expressed concerns that the Chinese state is pushing TCM to be widely adopted in order to gain cultural influence in the medical field. In fact, Chinese President Xi Jinping stated in a 2018 speech that TCM did not require any tests of toxicity and efficacy. He also outlined plans for opening 300 TCM centers across the world. The World Health Organization (WHO) has revealed that TCM would be included in its 11th International Statistical Classification of Diseases and Related Health Problems by 2022. This would give TCM the support required to be used in healthcare centers worldwide.

Steven L Salzberg, Professor of Biomedical Engineering, Computer Science, and Biostatistics at Johns Hopkins University, is not happy with the organization’s support for TCM. He worries that it might discourage patients from seeking proven treatments. There have been incidents of cover-ups where the side effects of a TCM medication are hidden from the patient.

One example would be aristolochic acid, which is derived from Aristolochia and is a major component in many Chinese medicines. Studies have shown the acid to trigger kidney failure and even cancer. In China, more than 50 percent of kidney tissues from patients suffering from cancer or kidney failure have shown signs of aristolochic acid nephropathy. After Xi’s 2018 speech, many Chinese websites that used to publish the potential dangers of Aristolochia pulled out such content, leaving buyers in the dark.