China: More Than a Billion People, but Soon the World’s Loneliest Place 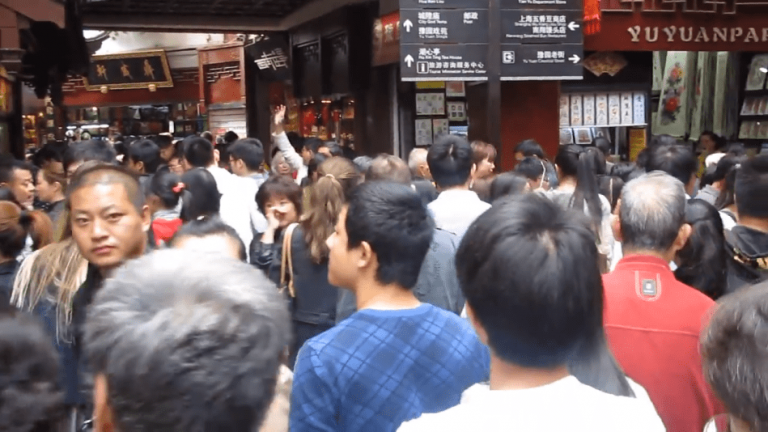 China is home to more than a billion people, but many experts feel that China will soon become the loneliest place in the world. (Image: Screenshot / YouTube)

Loneliness is a growing problem across the world. But in China, the government’s unnatural one-child policy of the past decades has exacerbated the problem. Many experts feel that China will soon become the world’s loneliest place, beating neighbor Japan.

A 2017 study of about 10,000 Chinese people found that almost 25 percent of those under the age of 47 performed karaoke to escape from loneliness. Sensing the opportunity, investors have poured money into the industry. Since 2015, more than 20,000 karaoke mini booths have been opened across China. The mini karaoke booths are often located in cinemas, shopping malls, subway stations, and other places that typically attract a large crowd. Users can scan a QR code through their mobile wallets and sing their hearts out while forgetting about the drudgery of life for a short while.

“I just planned to buy some snacks… Tempted by the mini karaoke, I sang eight songs and it made me feel less bored on this cold winter day… It’s cool that you can enjoy yourself wholeheartedly and you don’t have to make conversation or endure others’ microphone obsessions. When you feel like sharing, you can record the songs you sang and send them to your friends through your smartphone,” a Chinese woman who frequents a karaoke bar said to South China Morning Post.

Chinese people are also buying pets in greater numbers as a means to combat loneliness. According to estimates, the national pet industry was valued at around US$25 billion last year, with young people being the main consumers. The post-1990s generation alone accounts for more than 40 percent of online pet sales in the country. According to psychologists, pets can help people relieve pressure. Some even treat their pets with the same affection they give children. However, this often leads to more depression when the pet dies.

Affluent sections of the lonely population seem to be more devoted to the welfare of their pets. They spend tons of money to buy pet products. As far as the one-child generation is concerned, pampering pets is something very normal. “They’ve been incredibly mollycoddled their whole lives… and they’re transferring it onto their pets,” Andrew Atkinson, a dog and cat market researcher in Shanghai, said to The Mercury News.

As if real-life pets weren’t good enough, companies are building robot pets as an alternative. Zhang Jianning, an industrial design graduate student, developed a robot dog that acts just like a real one and even has some features one might not find in a flesh-and-blood dog. The robot, named “Fuli,” is expected to be mass-produced soon.

“It can monitor your life signs, receive deliveries while you’re out, and mimic all the pros and cons of having a real dog for city living singles… Fuli’s eyes are sensors and cameras for helping it navigate and interact. His head and face have sensors which can detect the actions of stroking. He sits upright and moves around on wheels with his arms folded… Fuli Bad Dog also has an infrared sensor which he can use to measure his owner’s temperature. He will take this into account to decide the owner’s mood and try to react to that,” according to Technode.

AI chatbots are also gaining popularity among lonely Chinese people. In 2014, Microsoft launched its Mandarin-speaking chatbot named Xiaoice in China. The AI technology mimics real-life human interaction by mining Internet conversations and is available on 15 different platforms. Lonely Chinese citizens lapped up the chatbot with the result that Xiaoice currently has more than 120 million active users in the country.

But you have to ask yourself whether animals and technology are able to provide a real alternative to human interaction. The answer is no. Humans, as social beings, need other humans to get through their everyday existence, and coming up with shortcuts for this may prove to be disastrous down the line.

For example, social media and the Internet were supposed to herald in a new age of human connectivity. But we’ve only grown more and more lonely. So the only solution remains to go back to the old ways like visiting relatives, marrying, staying closer to home (when possible), making friends at work, and developing genuine relationships to share this journey called life.