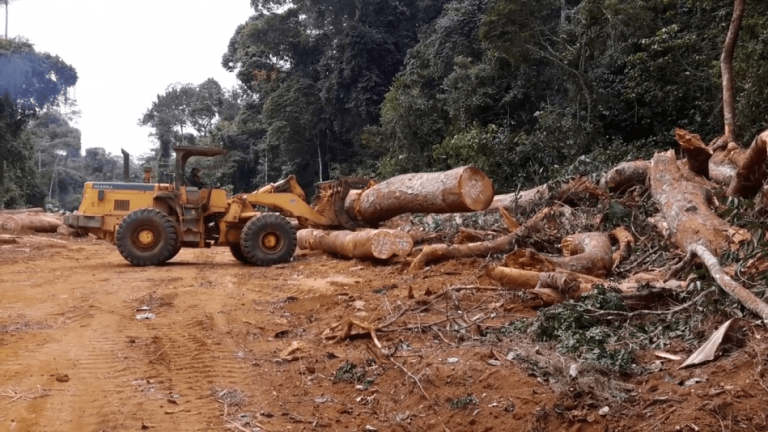 The steps Ghana has taken to curb the illegal trade of rosewood trees have not stopped China from illegally acquiring rosewood from the African nation. (Image: Screenshot / YouTube)

Ghana has taken strict steps to curb the illegal trade of rosewood trees since 2012. However, this has not stopped China from illegally acquiring rosewood from the African nation, as revealed in a recent report by the Environmental Investigation Agency (EIA).

“Since 2012, over 540,000 tons of rosewood — the equivalent of 23,478 twenty-foot containers or approximately six million trees — were illegally harvested and imported into China from Ghana while bans on harvest and trade have been in place… [Investigations found] a massive institutionalised timber trafficking scheme, enabled by high-level corruption and collusion”, the group said (BBC).

At a price of US$17,000 per ton, the total loss to Ghana due to the illegal trade comes to around US$10 billion over six years. The rampant logging is also contributing to Ghana’s desertification crisis. EIA has asked that rosewood trade in West Africa be suspended. Though rosewood is supposed to be protected under the CITES agreement that seeks to ensure international trade does not threaten the survival of local flora and fauna, the agency says that the agreement has not done enough.

Rosewood is a very difficult tree to grow since it takes about a hundred years to become fully mature. As such, their rampant logging is a far greater problem when compared to other fast-growing trees. Rosewood is popular in China where it is used to make imperial-style furniture. EIA asked China to comply with international norms on endangered species. Ghana was one of the first nations to have signed up for the Voluntary Partnership Agreement (VPA) with the EU back in 2009 that sought to fight against illegal logging.

However, all measures taken by the Ghanaian government exist largely on paper. In the real world, corruption has ensured that the illegal trade of rosewood continues to flourish. “Powerful Chinese and Ghanaian traffickers explained to EIA undercover investigators how, with the help of ruling party members and complicity at all levels of government, they have established an institutionalized scheme, fueled by bribes, to mask the illegal harvest, transport, export, and CITES-licensing of the timber,” says the EIA report. Until the government cracks down on the corruption that is rooted deep in the industry, all the laws it passes to protect rosewood will only end up as failures.

In Africa, it is not only Ghana that has been the victim of illegal logging driven by Chinese demand. Gabon and Congo are two other nations that have been troubled by the menace. According to another EIA report, a Chinese company called Dejia Group held logging licenses at multiple sites in the region and has used corruption to get the authorities to turn a blind eye to their activities. The company apparently manages more than 1.5 million hectares of rainforest in both countries.

“The Group has continuously broken the most fundamental forest laws, has turned timber trade regulations upside-down, and has diverted millions in unpaid taxes from the governments of Gabon and the Republic of Congo. Dejia Group executives explained in detail to EIA investigators how the company routinely bribes ministers in both the Republic of Congo and Gabon to get access to timber concessions and avoid punishment for their crimes,” says the report.

Following the release of the report, the government of Gabon suspended the logging license of Dejia Group at two of its sites. Illegal logging in the Congo Basin is the primary reason for rapid deforestation that many environmentalists say is becoming an ecological crisis.