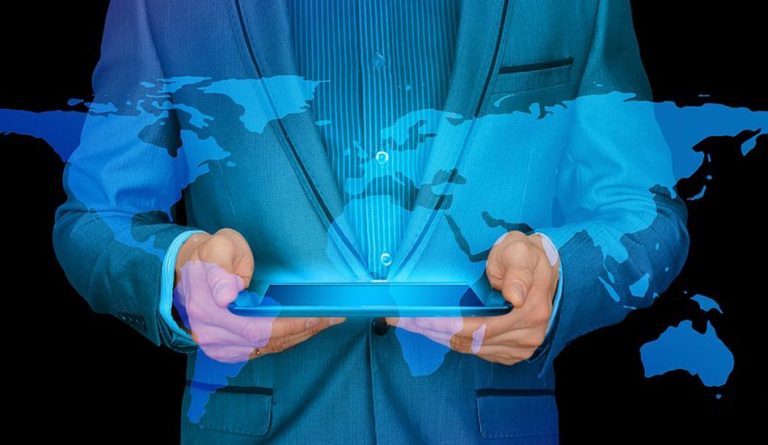 A team of researchers from Osaka University in Japan has created a technological breakthrough by sending quantum information to a quantum dot. The findings are expected to be of great assistance in the quest to build an Internet network that will allow us to send and receive quantum information with absolute privacy — a quantum Internet.

In their experiments, the researchers altered the spin state of a single electron trapped in a quantum dot. They then used laser light to send information in a quantum state to the dot. Though electrons do not spin in the normal sense, they have an angular movement that can be flipped when they are exposed to circularly polarized laser light.

“Importantly, this action allowed us to read the state of the electron after applying the laser light to confirm that it was in the correct spin state… Our readout method used the Pauli exclusion principle, which prohibits two electrons from occupying the exact same state. On the tiny quantum dot, there is only enough space for the electron to pass the so-called Pauli spin blockade if it has the correct spin,” Takafumi Fujita, one of the authors of the study, said to Phys.Org.

The experiments will go a long way in helping other scientists build a quantum nano-scale general computing platform. Future computers can use the method in other applications, like chemical stimulations and optimization. According to researchers from the University of Delft in the Netherlands, we should be seeing the first small-scale implementation of quantum networks at least within the next five years. The reason why scientists across the world are desperately trying to build a quantum Internet is that a quantum communication network is inherently far more secure and speedy than existing networks.

“Entanglement makes it possible to communicate instantly across arbitrarily large distances in principle. No matter how far apart you put two entangled qubits, acting on one will have an instant and measurable impact on the other. It’s also essentially impossible to eavesdrop on a quantum conversation. Under quantum mechanics, if you read the quantum state of an object it changes that quantum state, which means the act of intercepting any message encoded in quantum states will immediately change the content of the message,” according to Singularity Hub.

The team at Delft has also laid out a 6-step process for evolving the quantum Internet. The first stage, called stage 0, involves the creation of a network that will allow users to decide on a common encryption key so as to share data securely. Such a type of network already exists in China. However, this does not exactly describe a true quantum Internet since quantum physics only takes place behind the scenes. But this initial stage is critical in building up the quantum Internet.

“In stage 1, users will start getting into the quantum game, in which a sender creates quantum states, typically for photons. These would be sent to a receiver, either along an optical fibre or through a laser pulse beamed across open space. At this stage, any two users will be able to create a private encryption key that only they know. The technology will also enable users to submit a quantum password, for example, to a machine such as an ATM. The machine will be able to verify the password without knowing what it is or being able to steal it,” according to Nature.

In stage 2, the Internet will start using the immense potential of entanglement, with its first goal being to make unbreakable encryption a reality. In stages 3 to 5, users will be able to store and exchange quantum bits, which are the basis of quantum computation.