Romance and Fortune: A Look Into the Famous Chinese Lanterns 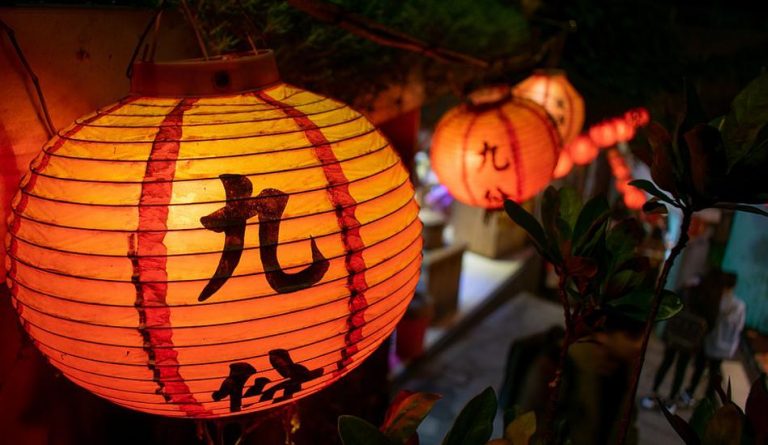 Chinese lanterns are admired for adding an ambiance of serenity and calmness to the surroundings. (Image: via pixabay / CC0 1.0)

Chinese lanterns are admired for adding an ambiance of serenity and calmness to the surroundings. You should easily be able to spot them in most Chinese restaurants. Usually red in color, these lanterns have been in use in China for centuries.

Originally, the lanterns were not meant to be a decoration, but only a light source. During the Eastern Han Dynasty (A.D. 25-220), people used to cover a candle with silk or paper to prevent the flame from being blown out by the wind. When Emperor Liu Zhuang, a devout Buddhist, came into power, the lanterns started getting more popular for ritualistic purposes.

“He ordered the inhabitants of the imperial palace and citizens to light lanterns to worship the Buddha just as the monks did. Later, this custom gradually became a grand festival among common people. During the Tang Dynasty (A.D. 618-907), people made lanterns to celebrate their peaceful life, while the splendid illuminations symbolized and celebrated the prosperous, strong and powerful country,” according to Travel China Guide.

The lanterns are mostly red in color, as traditional Chinese beliefs consider the color to be a symbol of good fortune, happiness, and warmth. As to its structure, they tend to be oval-shaped. People who craft the lanterns might paint them with images of dragons, butterflies, plants, and trees. Decorative writings can also adorn lanterns.

The best occasion to view the lantern in its full glory is the famous Lantern Festival, held every year on the 15th day of the first Chinese lunar month. The day is often viewed as an end to New Year celebrations and people across the country celebrate it by releasing floating and flying lanterns. This year’s Lantern Festival was celebrated on February 19. So for those wanting to participate, you will have to wait until next year.

The Lantern Festival is also known as Chinese Valentine’s Day. And there is a good historical reason why the day came to be linked with romance. “In ancient China, young ladies were not allowed to go out freely except at the time of the Lantern Festival. It was once customary for single people to carry lit lanterns on the streets in hopes of finding their true love. With the beautiful full moon and fancy lanterns, the Lantern Festival was romantic enough to be an occasion for young ladies to meet their lovers,” according to China Travel.

The best place to visit during the Lantern Festival is Nanjing, where the Qinhuai International Lantern Festival is held every year. For those who wish to see the rich history of Chinese lanterns, check out the ancient walled town of Pingyao. Tourists to China can also see a great display of traditional lanterns at the Great Wall or the Forbidden City.