Wild Swans: China’s Cultural Revolution Through the Eyes of a Daughter 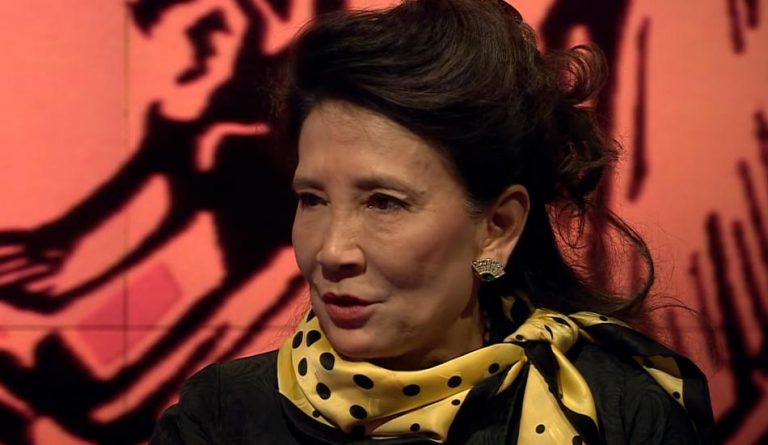 Jung Chang is the author of 'Wild Swans.' (Image: Screenshot via YouTube)

Jung Chang, who was born during the tumultuous period, witnessed the horrors of the Cultural Revolution firsthand and later wrote a book that became a global bestseller — Wild Swans: Three Daughters of China.

In the 1960s, Chairman Mao Zedong of the Chinese Communist Party (CCP) launched a movement to uproot capitalism and traditionalism from society and replace it with “Mao Zedong Thought,” or Maoism. Called the “Cultural Revolution,” it was actually a move by Mao to purge out rivals from the Party. The movement killed up to 2  million people and yet the CCP continues to position it as something good in the history of China.

Wild Swans is a tale of three generations of Chinese women — the author, her mother, and her grandmother. The story starts by explaining the history of Chang’s grandmother, Yu-fang. While young, Yu-fang was sold off by her father to a warlord general as his concubine. After their marriage, the general left her in the care of the servants.

Six years later, the general came for a conjugal visit as a result of which Chang’s mother was born. Later, when the general became sick, she was called into his main home. Realizing that he would die quickly and that this would put his wife in charge of all affairs, Yu-fang feared for her safety and that of her child. She escaped with the child, married a doctor, and lived the rest of her life free.

Next comes the story of Chang’s mother, Bao Qin. At the age of 15, Bao started working in the CCP. Her talents ensured that she rose through the ranks quickly. She eventually married a high-ranking officer in the Party. The couple was sent to Yibin. During the course of the journey, Chang’s mother was made to walk due to her lower rank. In contrast, her father traveled in a jeep. Bao also underwent grueling military training after the journey. During all this time, Bao was pregnant. Due to the stress of travel and training, she suffered a miscarriage. Later on, Bao went on to give birth to five children, including Chang.

The final act of Wild Swans covers the story of Chang. As a teenager, she willingly joined the state’s student outfit, the Red Guards. As Mao gained cult status, she realized that his actions became more and more dangerous. Her father was soon labeled as a traitor.

“My parents were victims of the Cultural Revolution. My father was one of the few who spoke up against the violence. As a result, he was arrested, tortured… and he was exiled to a camp and died prematurely and very tragically. My mother was under tremendous pressure to denounce my father. She refused. So she was subject to over a hundred of these ghastly denunciation meetings… Basically, the victims were stood on the platform, facing a hysterical crowd and my mother’s arms, like other victims, were twisted to the back,” she said to the BBC.

Chang was soon sent to the countryside for ideological reformation. When the Cultural Revolution ended, Chang came home and got a place at the university. She felt happy after Mao died. Post-graduation, Chang flew to England on a scholarship where she still resides. Chang also wrote the book Mao: The Unknown Story.

“He [Mao] was as evil as Hitler or Stalin, and did as much damage to mankind as they did… And yet the world knows astonishingly little about him… Seventy million killed at the absolute minimum. We didn’t even count people like my grandmother’s death — which should really be on Mao’s account. That figure only includes people who were murdered by Mao — and in peacetime, which is completely unprecedented in the history of the world,” she said to The Guardian.

Wild Swans, published in 1991, went on to become a huge success. It sold more than 13 million copies worldwide and has been translated into 37 languages. Unsurprisingly, the CCP has banned the book in China.