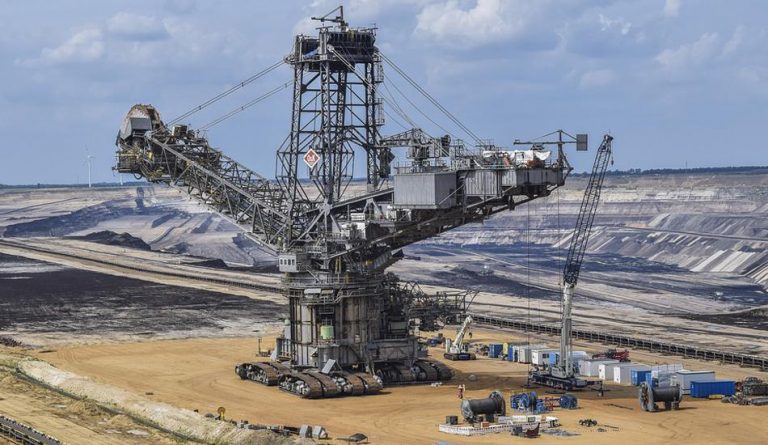 Rare earths refer to a group of 17 elements that are vital to the tech industry and are used in a large variety of sectors like communications, military, renewables, transportation, and so on.  China is the world leader in rare earth production, accounting for almost 90 percent of the global supply. However, the country’s dominance comes at a cost to its environment.

In the town of Baotou in Inner Mongolia, mining for rare earth minerals started way back in 1958. By the late 1980s, crops in the villages started to fail. The villagers tried several techniques to sustain crop production, but to no avail. A decade later, they had to accept the inevitable truth that vegetables will never again grow in the place. The entire soil and underground water sources were so saturated with toxic substances that farmers could only grow corn and wheat. Pigs, chickens, goats, cows, and horses started to die off. Eventually, most farmers moved out to other villages and towns.

But for the families who stayed, life became more difficult. Many of the residents began developing medical complications as a result of being exposed to the toxic substances left over by rare earth mining. “I have aching legs, like many of the villagers. There’s a lot of diabetes, osteoporosis and chest problems. All the families are affected by illness… I’ve been knocking on government doors for nearly 20 years… To begin with, I’d go every day, except Sundays,” a 60-year-old woman had said to The Guardian in a 2012 interview.

Other regions in China that became the focus of rare earth mining also have a similar history of environmental contamination. In the 1990s, rare earth mining started to boom in the village of Lingbeizhen in southern Jiangxi Province. Over the next decades, several tons of rare earth elements were mined out from the region. To remove these elements from the earth’s crust, a mix of chemicals and water was used. This ended up polluting the soil and water in the region.

The consequence of this pollution has been devastating. According to a 2016 report published by China Water Risk, a think tank based in Hong Kong, rivers flowing through Jiangxi provide the bulk of the drinking water to China’s major cities like Hong Kong, Guangzhou, and Shenzhen. If the toxins in Jiangxi were to get into these rivers, millions of people could end up with medical complications in these cities.

Realizing that the situation had become critical, the Chinese government has introduced stricter laws to regulate the rare earth mining industry. Several illegal mines have been shut down. The Ministry of Industry and Information Technology (MIIT) announced that it will provide support to clean up the contamination and wastewater discharges in areas like Jiangxi and Inner Mongolia.

However, many experts are not so sure that the cleanup would have any immediate effects. For instance, the Jiangxi region has a long history of mining and some believe that it could take up to 100 years for the environment to fully recover from the damage. According to MIIT, the cleanup bill for southern Jiangxi can end up costing US$5.5 billion.

China’s rare earth industry is an example of how a mad rush for extracting resources without proper study of environmental effects can turn into a catastrophe. The push to extract rare earth minerals at the cheapest possible costs made the companies completely disregard the fact that they were poisoning the environment for several generations. The regions that are polluted by rare earth mining might take a long time to recover. But in the meantime, other regions where rare earth mining is predicted to boom should learn from China’s mistakes and ensure that they don’t repeat them.