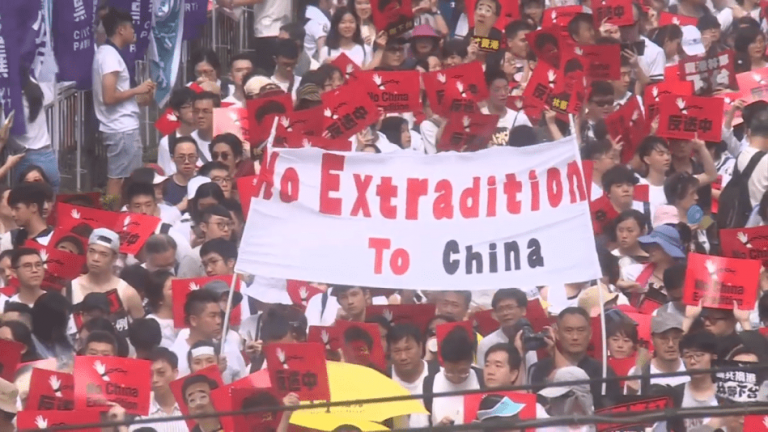 On July 24, a group of Hong Kong public servants issued open letters criticizing the Hong Kong government and its police force in the handling of the anti-extradition protests. (Image: Screenshot / YouTube)

On July 24, a group of Hong Kong’s civil servants issued open letters criticizing the Hong Kong government and its police force for their handling of the anti-extradition protests. More than 500 administrative directors in the Hong Kong government criticized Carrie Lam for shirking her responsibilities and strongly condemned the police force for colluding with the triads. These directors come from 44 departments, including Customs, Civil Aviation, Justice, Social Welfare, Environmental Protection, Internal Revenue, Hospital Management Authority, the Education Bureau, and the Civil Affairs Bureau.

Another 300 civil servants issued an open letter urging the Hong Kong government to respond positively to the five demands of the people: 1) the extradition bill must be withdrawn; 2) Carrie Lam must resign; 3) the government must retract its categorization of the violent clashes as “riots”; 4) launch a full independent inquiry into the actions of the police; and 5) every person arrested in the clash must be unconditionally released.

On July 28, a group of directors from the Press Office of the Government Information Department issued an open letter stating that “anti-extradition” is not about good or evil. Here are a few excerpts:

“We understand that society expects the Press Office to maintain political neutrality; however, the current state of Hong Kong allows no room for neutrality. Maintaining neutrality and silence is equivalent to supporting the suppressors and kneeling before the evils.

“We often remind ourselves that before we are a good civil servant, we first must be a good person. When faced with the choice of right and wrong, as a true Hong Konger, we must act with our conscience and the strength of our characters.

This statement provoked the thought that the government built a high wall to protect its own people; but in reality, it was a high wall that kept out freedom and truth.