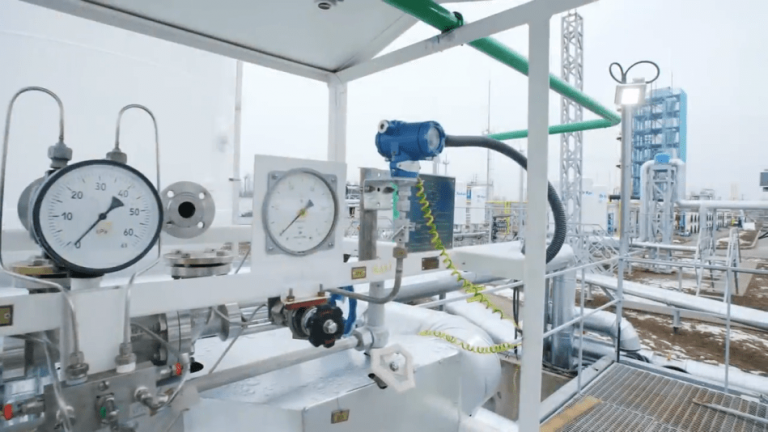 The global hydrogen storage market is expected to reach a value of US$1.131 billion by 2026. (Image: Screenshot via Youtube)

The global hydrogen storage market is expected to reach a value of US$1.131 billion by 2026, according to a recent report by Zion Market Research. Between 2019 and 2026, the market is predicted to grow at a compounded annual growth rate (CAGR) of 8.3 percent.

The potential for hydrogen storage comes from two sources of demand — electricity and transportation. “The use of hydrogen as stationary power is extensively witnessed in hospitals, airports, retail stores, homes, grocery stores, telecommunications networks, businesses, and utilities. The transportation segment is predicted to be the fastest growing in the upcoming years, owing to the growing production of fuel cell automobiles and various advantages of hydrogen fuel cells to decrease greenhouse emissions,” according to Globe News Wire.

Among all known fuels, hydrogen offers the maximum energy per mass. But due to its low atmosphere temperature density, hydrogen generates less energy per unit volume in regular environments. This is why it is necessary to develop highly efficient hydrogen storage systems that can guarantee high energy delivery. As companies develop such systems, hydrogen will increasingly be adopted globally.

In North America, the growing demand for refined hydrogen from the automobile sector is expected to support the storage market. The U.S. Department of Energy (DOE) has established the “National Hydrogen Storage Project,” which is committed to researching hydrogen storage solutions.

In Europe, strict government regulations on emissions mean that investments in the general hydrogen fuel industry will continue to rise. As far as Asia is concerned, India, South Korea, and China will be the main drivers of the market. The governments of South Korea and Japan already have subsidies in place for producing hydrogen fuel cell vehicles. In addition, they will also be providing financial support to ensure that proper infrastructure is developed for the efficient use of hydrogen fuel.

Another research report from MRE also predicts significant growth in the hydrogen storage market. It sees the total market value of the sector to exceed $1 billion by 2024 with a CAGR of 7.02 percent.

In July, MAN Energy Solutions signed a partnership with Frames Group and Hydrogenious LOHC Technologies to design and develop large-scale hydrogen storage systems modeled after the Liquid Organic Hydrogen Carrier (LOHC) technology. The method apparently triples the amount of hydrogen that can be transported and allows it to be stored even under ambient conditions. Successful completion of the project would allow the distribution of hydrogen on a huge scale.

“We strongly believe that the global goal to build a climate neutral economy largely depends on the future use of green hydrogen and other gases produced from renewable energy… Hydrogen will play a crucial role in the decarbonisation of those sectors that cannot be electrified directly. The LOHC technology is a game changing and powerful innovation by a great company and this partnership is an important step to further build our profile with regards to a future hydrogen economy,” Dr. Uwe Lauber, CEO of MAN Energy Solutions, said to Ship Insight.

Based in Germany, MAN Energy Solutions will be responsible for delivering the reactor and steam generation equipment for the project. Hydrogenious LOHC Technologies is tasked with providing the LOHC technology that will be used to develop the storage system. Frames Group will handle the delivery of the hydrogenation plant. The companies have reportedly developed systems that are capable of processing about 5 to 12 tons of hydrogen per day.