Chinese Military Closing In: Is It the End of Hong Kong’s Basic Law? 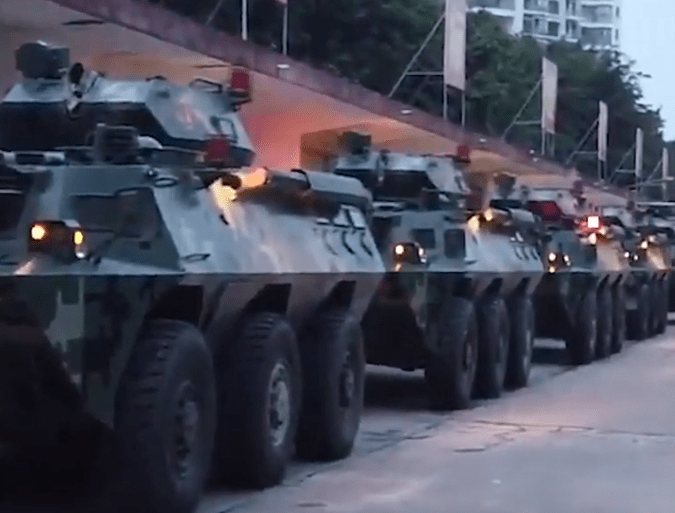 With the protests in Hong Kong entering the eleventh week, China is reportedly conducting military drills near the city’s border, prepping the army to invade and contain the situation. And once the Chinese military starts its crackdown on Hongkongers, that will be the final nail in the coffin for the city’s rule of law, Hong Kong’s Basic Law.

Hong Kong is governed by the Basic Law, which came into effect in July 1997 when the region was handed over by the British to China. According to the Basic Law, Beijing is responsible for maintaining Hong Kong’s capitalist system and freedoms for a period of 50 years, until 2047. The city’s prosperity is entirely dependent on these freedoms, which instill confidence in businesses to invest in the region. This is also the reason why Beijing has continued to tolerate Hong Kong’s democratic system.

However, China’s rapid growth in the past two decades means that the country is no longer reliant on Hong Kong as the business center of the country. As such, the communist government no longer feels the need to honor the Basic Law agreement. Allowing Hong Kong to continue with their democratic society runs counter to the claim Beijing makes on the mainland — that democracy is problematic and Chinese communism is a requisite for prosperity. The existence of Hong Kong is therefore seen as a blot on their ideology by Chinese communists, a problem they feel needs to be “fixed.”

China’s trade war with the U.S. has also complicated the issue. Several U.S. lawmakers have announced support for the protests, publicly declaring that Hong Kong must remain democratic and that the Trump government must ensure the freedoms of the city’s residents are protected. If protestors are able to force the HK government to accept their demands, it will seem like the American value of democracy had triumphed over Chinese communist values.

This is something Beijing cannot allow, as it would make the Chinese government look “weak,” which is why they have summoned military personnel to Hong Kong’s borders. Once the military pours into the streets, it will herald in the end of the Basic Law, eventually transforming Hong Kong into a communist-ruled region where ideas like freedom of expression and human rights carry no weight.

“Thirty years after the Chinese Communist Party’s (CCP) brutal massacre of peaceful democratic protesters in Tiananmen Square, we are concerned that China would consider again brutally putting down peaceful protests… We urge China to avoid making such a mistake, which would be met with universal condemnation and swift consequences,” Democrat Eliot Engel and Republican Michael McCaul said in a statement (South China Morning Post).

The U.S. State Department said that it was “deeply concerned” about China deploying military forces near the border of Hong Kong. John Bolton, the national security advisor, has been pushing President Trump to take a stronger stance on the topic. Though Trump has extended his support to the democracy activists of Hong Kong, he has yet to take any concrete action. Political experts believe that Trump might wait until the Chinese government intervenes militarily in Hong Kong to take stronger action. Until then, it is believed he wants to give the Chinese government a chance to reconsider their decision.