Film Director’s Letter to the People of Hong Kong 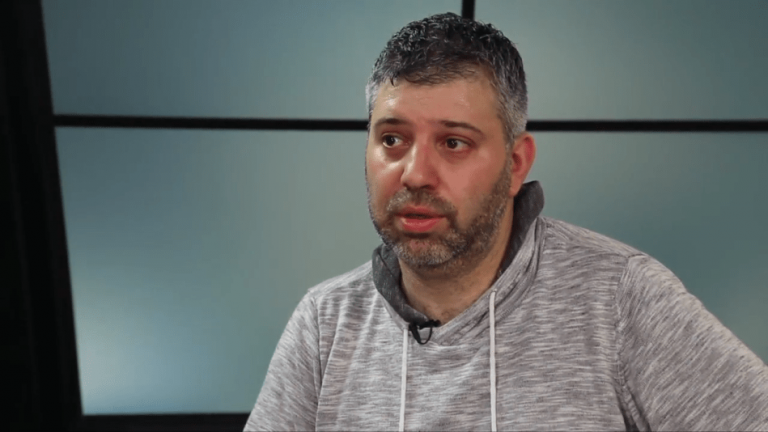 Evgeny Afineevsky, the director of 'The Winter on Fire: Ukraine’s Fight for Freedom,' wrote an open letter to encourage Hong Kong people to persist and unite. (Image: Screenshot / YouTube)

Evgeny Afineevsky, the director of The Winter on Fire: Ukraine’s Fight for Freedom, wrote an open letter to encourage the people of Hong Kong to persist and unite based on experiences he gained by reporting live during the Ukrainian revolution of 2013-2014.

The Oscar-nominated documentary film The Winter on Fire: Ukraine’s Fight for Freedom recorded the revolution that broke out in Ukraine on November 21, 2013, and lasted until February 23, 2014. Massive protests of millions of Ukrainian people were raised against the corrupt regime. Despite the bloody suppression by the government, the Ukrainian people finally won. Afineevsky and his team participated and were deeply involved in the protesting, using the camera lens to show the real struggle at close range.

The film, available in Ukrainian, Russian, and English, shows the peaceful protests from the students in response to the violent suppression of the regime — from citizens massing at Independence Square to protect the youths to the fight for freedom and the future of Ukraine, the use of inmates to beat the demonstrators, and troops shooting at protestors with live ammunition.

Troops even pointed their guns at the Red Cross rescuers and the pastors who came to offer aid. The government pushed the citizens step by step, ruining the people’s good thoughts about the government so that the people eventually became completely disillusioned and the peaceful protests erupted into a revolution. The Ukrainians asked the government to step down instead of signing an agreement.

At the beginning of the documentary, the Ukrainian people gathered and protested in a peaceful manner, and some people even sang and danced as if they were at a carnival.

But later, the police violently cleared the field and used iron batons to beat unarmed civilians. Many people were bleeding, and the citizens became angry and began to become bolder.

During that period, experienced former military personnel conducted military training for civilians. However, the government began to use dirty tricks and sent criminals with guns to handle people, resulting in at least 125 deaths, more than 1,890 injuries, and 65 people reported missing.

In the face of the evil and brutality of authoritarianism, the people united in harmony and rationality and continued to stay for 93 days in the extreme cold of winter. When the people won, President Yanukovych fled to Russia to seek asylum. The government promised to stop using violence against civilians, released all arrested persons, and signed an agreement with the European Union.

In the face of the escalating violent crackdown by Hong Kong police using similar dirty tactics of standing by watching while Triad gang members beat innocent bystanders with bats and makeshift clubs, Afineevsky wrote an open letter in solidarity with the people of Hong Kong and encouraged demonstrators who participated in the “anti-extradition” movement to remain strong and united. He cited the example of the Ukrainian revolution in 2013-2014: “The most important thing I learned in Independence Square was that people showed great unity, from the young to the elderly, the rich to the poor, and among the different classes of society.”

In an open letter, Afineevsky said that the 93 days of the Euromaidan movement was also called the “Revolution of Dignity.” The most important thing he feels is that people bring the power of change, and this power is strong enough to overcome autocracy and dictatorship. He said that the 93 days not only completely changed the life of Ukraine and the people involved, but also made its mark on the world and modern history.

Afineevsky specifically mentioned that the future is in the hands of the young people who believe in freedom today and can make changes. Although they may have to give up their lives, he still appeals to the young people in Hong Kong: “I hope that you understand that if you love this place, you must validate this identity with your heart and soul. Even if you are not born in this place, it is where you live and there is a war here. You still have to stand up.”