Hong Kong Protests: The Beloved Celebrities and Where They Stand 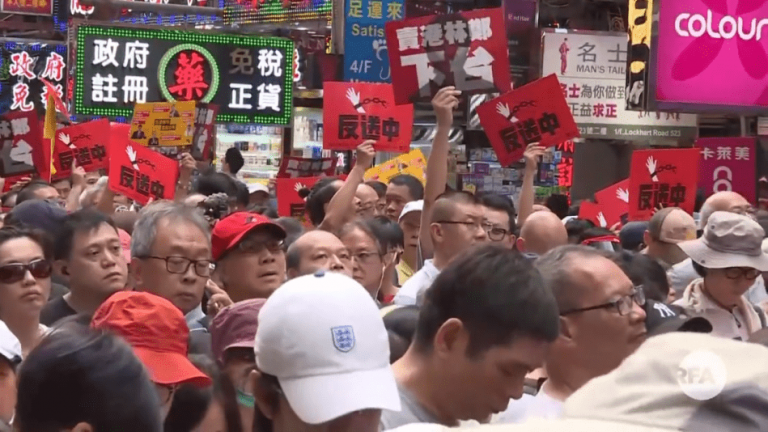 The protests in Hong Kong have split the celebrities of the city in two. (Image: Screenshot / YouTube)

The Hong Kong protests have split the celebrities of the city in two. While one group is trying to play it safe by backing Beijing’s “One China” rhetoric or simply keeping quiet, the other camp is openly supporting the protesters and has strongly criticized the Chinese Communist Party for its crackdown on freedom-loving Hongkongers.

The biggest supporter of China and the Hong Kong police has been Jackie Chan, which is unsurprising since he has always maintained a pro-China stance throughout much of his life.

Kenny Bee, the famous Hong Kong singer from the Wynners group, criticized the protests and called the youngsters participating in demonstrations “ridiculous.”

Tony Leung Ka-fai, a 4-time winner of the Hong Kong Film Award for Best Actor, posed with a sign that read “Support the Police” despite the fact that numerous reports have exposed the brutality unleashed by the officers against protestors. An Amnesty International review of a video confirmed the violent nature of police actions.

Movie director Pang Ho-cheung came out to support China. One of Pang’s film collaborators, Chapman To, criticized the director for betraying the people of Hong Kong.

Jackson Wang, a rapper who is part of a K-pop group, uploaded a Chinese flag on his Weibo account and announced his support for China.

Jackie Chan: “On one hand, I needed to express my most basic patriotism as a Hong Kong citizen and a Chinese… I am also one of the flag guards. On the other hand, I hoped to express our collective voice through participating in such a campaign.” (Indiewire).

Kenny Bee: Appeared at a rally supporting Hong Kong police and told the younger generation: “It would be better to respect your parents and the law.” (Today)

Charmaine Sheh Sze-man: Initially liked a video through her social media account that had a pro-protest hashtag. After Chinese users began accusing her of supporting the independence of Hong Kong, she quickly did a flip and made a pro-China announcement. “I was shocked when I later realized what was in the post… I retracted the ‘like’ immediately. I, Sheh Sze-man, love the country and love Hong Kong!” (Inkstone News).

Support for the Hong Kong protests

Despite the risk of being alienated by Chinese fans, a few Hong Kong stars have continued to back the protests going on in their city. Prominent among them is 57-year-old singer Anthony Wong Yiu-ming. He had earlier supported the Umbrella Movement, a pro-democracy protest that rocked Hong Kong in 2014. As a consequence, Wong lost over half his annual revenues from China.

Denise Ho, another singer from Hong Kong, is also a supporter of the protests. In fact, she even participates in the demonstrations. During one protest, the police fired tear gas and Ho had to go to the police lines to negotiate a truce. People were running around, trying to escape from the crackdown. “It was actually a very dangerous scene because the police were on all three sides of the road… The building just had one door open so it was like a thousand people trying to get into that one door… It was pretty dangerous,” Ho said to Al Jazeera.

Anthony Wong Yiu-ming: “I am a civilian first… then a musician and also a social activist… I’ve been singing for 30 years and I can afford to pay this price… A lot of people would then become too scared to speak up or express themselves. This is the most chilling part of it.”(The New York Times)

Denise Ho: The singer was moved to speak out when the lead star of Disney’s upcoming Mulan movie, Liu Yifei, publicly backed China’s actions in Hong Kong: “Self-censorship and forced patriotism running high among chinese and hk celebrities these days, and has been increasingly so since these 2 months. Sorry, no more option for staying silent. The command is simple: “Show ur support, or be banned. #BoycottMulan  #StandwithHK.” (Twitter)

Deanie Ip: “Temporary suspension [of the extradition bill] is not right. It shouldn’t be temporary suspension… It is supposed to be ‘apparently’ [stopped], but we don’t want anything ‘apparent,’ we want something substantial.” (Hollywood Reporter).

Singer Deanie Ip was one of the earliest supporters of the Hong Kong protests and has insisted that the controversial extradition bill not only be temporarily suspended but permanently blocked. Her music is banned by the Chinese Communist Party on the mainland.