The Way of Confucius: Teaching Morals to Children in Today’s Society 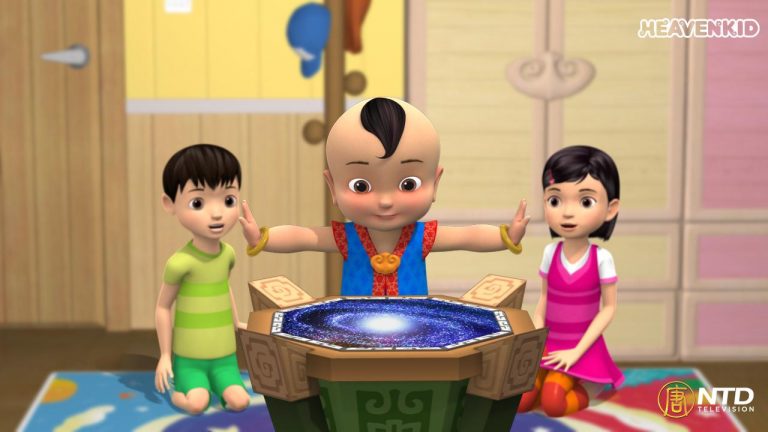 Cartoons these days largely focus on superheroes saving the world from villains. While the typical good vs. bad story archetype is inherent in these animated shows, moral teachings seem to be lacking somewhat. If you want your kids to watch a cartoon that teaches them moral lessons, then the Heavenkid animated program may be suitable.

The program and the book

The values taught through Heavenkid are derived from an ancient book called Di Zi Gui that was written during the time of the Kangxi Emperor (1661 CE to 1722 CE). “The book Di-Zi-Gui was written based on Confucius, the wisdom of ancient China. Di-Zi-Gui outlines the standards for being a good student and child. Confucius believed that moral principles, virtues, and discipline should be the very first lessons taught to a child and that a child needs to practice them daily,” an overview of the Heavenkid program states (FilmFreeway).

Heavenkid adapts the teachings of Di Zi Gui and converts them into fun 3D animated episodes that children will be happy to watch while gaining good moral education in the process. The program is directed by Derrick Wu, a graduate from the Studio Arts Department of New York University. When Wu felt that traditional Chinese values needed to be brought in front of the whole world, he decided on the concept of Heavenkid. The program won the Best Animated Short Film at the 2016 Barcelona Planet Film Festival and the Best Animation award at the European Independent Film Award ceremony in 2017.

Di Zi Gui takes the outline for its content from the Analects of Confucius, which roughly translates as the “selected sayings” of the spiritual master. The book has seven chapters dedicated specifically to good moral conduct. The first chapter advises the reader to be dutiful toward their parents. The second chapter lists the standards that juniors and younger brothers are expected to follow when they are away from home.

In the third chapter, readers are advised to be cautious in their daily lives. The fourth and fifth chapters ask that you be trustworthy and love everyone equally. In the sixth chapter, you are advised to remain close by and learn from people who are highly virtuous and compassionate. In the final seventh chapter, the book advises that you continue with studies to improve your spiritual and cultural life.

While China is keen on exporting its animated movies to other countries, it has a strict policy on allowing foreign animations to be broadcast in the nation. Last year, Beijing banned the popular cartoon character Peppa Pig on charges that it was fuelling a “gangster” culture in the country.

According to the state-run Global Times, the piglet had become an icon of the shehuiren subculture, referring to “people who run counter to the mainstream value and are usually poorly educated with no stable job. They are unruly slackers roaming around and the antithesis of the young generation the Party tries to cultivate.”

Earlier, Winnie the Pooh was classified as a subversive character by the Chinese state after the yellow bear started becoming popular in memes mocking President Xi Jinping. The Japanese anime series Attack on Titan was also banned from China after imagery from the show started being displayed by Hongkongers during the 2014 protests.