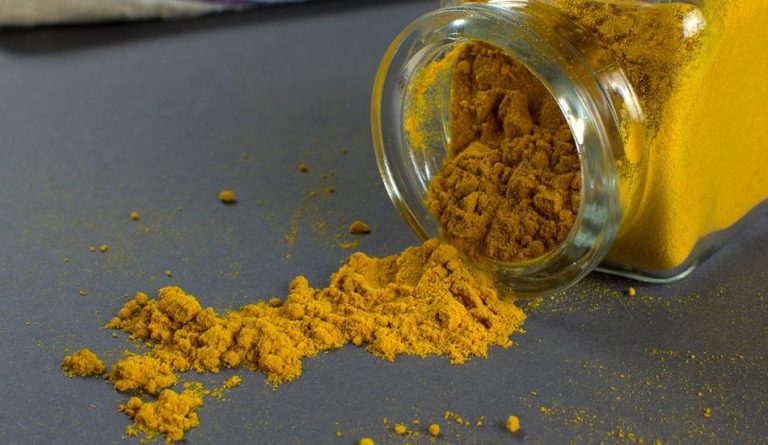 Turmeric, known scientifically as Curcuma longa, is one of the most praised spices in the traditional Indian Ayurvedic system. Referred to as the “golden spice,” turmeric is seen as an excellent solution to remove toxins from the body. Sayan, a commentator of the Hindu holy book Veda, has stated that the spice has the ability to improve concentration and memory if used in appropriate quantities over a period of time.

Several studies have shown that turmeric possesses strong anti-cancer properties. According to one research, curcumin, the yellow chemical present in turmeric, targets cancer cells while not affecting the non-cancerous cells. “Curcumin acting as an adjuvant with other chemotherapeutic drugs is capable of not only preventing the relapse of cancer but also decreasing tumor mass and cancer progression… curcumin is seen to affect the immune system, thereby decreasing the tolerance to cancer… Curcumin has been also shown to affect microRNAs and other epigenetic modifiers of the cell thereby reducing the progression of cancer,” the study concludes.

Curcumin has been found to actually stop cancer cells from dividing, ensuring that the disease does not spread uncontrollably in the body. It apparently suppresses the growth of cancerous cells by blocking the blood supply to these cells. Patients who suffer from external cancerous lesions can get huge symptomatic relief through the use of curcumin. By applying turmeric ointment on the lesion, patients can reduce the itching, smell, and pain of the lesion, as well as its size.

Curcumin also provides protection against neurodegenerative diseases like Alzheimer’s and Parkinson’s. Such diseases are usually the result of inflammation and oxidative damage of the nerves. Thanks to its strong antioxidant and anti-inflammatory properties, curcumin can prevent such damage. According to one study, curcumin blocks the accumulation of destructive beta amyloids in the brains of people suffering from Alzheimer’s.

People who suffer from digestive issues can benefit from consuming turmeric. According to Ayurveda, turmeric kindles the “agni,” or the digestive fire, that is essential to sustain a healthy immune system. Curcumin can offer relief from inflammatory bowel diseases, irritable bowel syndrome, and other functional digestive disorders for which there are no real satisfactory solutions.

Turmeric helps in maintaining the youthful look of the skin. Applying turmeric on the face regularly will prevent the formation of wrinkles by inhibiting an enzyme known to degrade collagen. Since collagen directly affects skin elasticity, inhibiting its breakdown will contribute to retaining the smooth nature of the skin. People who face difficulties with acne can get some respite by using turmeric as the spice regulates the excessive secretion of sebum, maintaining the oil balance of the skin and preventing large-scale outbreaks of acne.

You can ingest turmeric in its raw form by adding it to your daily diet. Ayurveda recommends a daily dose of about one-fourth to half a teaspoon. However, be sure that you only use pure turmeric and not the curry powder version.

An excellent way to consume turmeric is by combining it with pepper. The piperine present in black pepper enhances the absorption and bioavailability of curcumin by almost 2000 percent without any negative side effects.