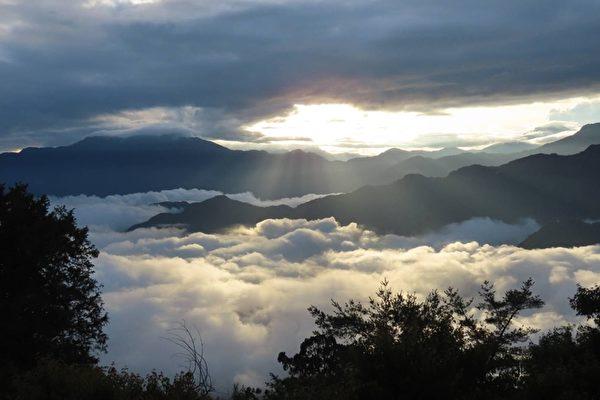 Wenliang Yu, had been known as a virtuous and talented person since he was young. (Image: via Jiahong Su)

Jiahong Su is a tour guide and professional photographer for Alishan National Forest in Taiwan. After several years of guiding tourists through the park, for the first time in his life, he saw a sea of clouds and a cloud-fall on the same day.

On July 21, Mr. Su brought a group of students from the Alishan Ecological Experience Camp. They woke up around 3 o’clock in the morning to take a train from Alishan Station to Zhushan Station, then they walked about a half-mile to Xiaoliyuan Mountain. When they arrived, the clouds were very thick; some clouds were slowly opening up. They saw a sea of clouds and, at the same time, a cloud-fall. They were all very astonished!

Following are the pictures he took that day of the cloud formations, as well as some of the unique birds that inhabit the park system.

“Every student was very surprised!” Jiahong Su said. “I did not expect to be able to see the sunrise, the sea of clouds, and a cloud-fall on the same day!”

According to Mr. Su, Taiwan’s national bird the Mikado pheasant, which is printed on the back of the $1,000 bill, is found in Alishan National Park. Their mating season is from March to July.

He captured a picture of two female birds searching for food.

The Mikado pheasant is listed as one of the world’s near-threatened birds. It is the largest species of bird in Taiwan and is found high in the mountains of Alishan.

Alishan is a great place to watch birds. People come to the Xiaoliyuan mountain viewing platform to see the sunrise, watch the stars, and also admire the birds, such as the Mikado pheasant, Formosan whistling-thrush, Taiwan bush-warbler, Collared bush-robin, White-whiskered laughing-thrush, and the Taiwan yuhina.