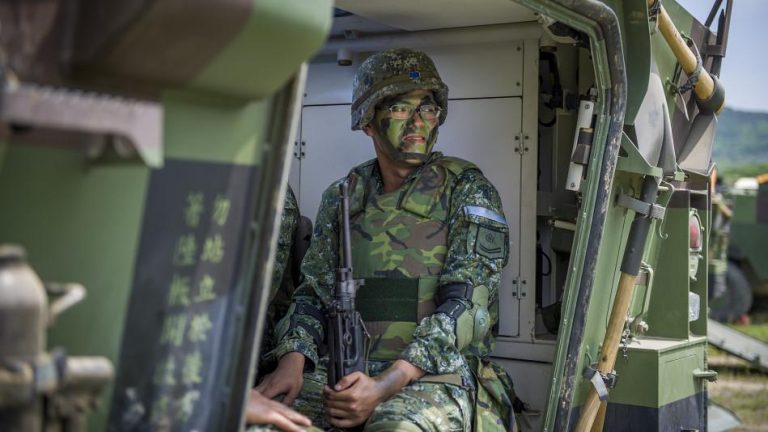 Taking into account the threat of invasion by China, the government of Taiwan has proposed increasing military spending to a record high. (Image: 總統府 via flickr CC BY 2.0 )

Taking into account the threat of invasion by China, the government of Taiwan has proposed increasing military spending for the next year to a record high. The proposal is awaiting approval by lawmakers.

Taiwan’s cabinet signed off on raising military spending to US$13.11 billion in 2020, which would represent an 8.3 percent increase over the current year. This would be the largest ever annual increase in the defense budget in over 10 years. Since the ruling Democratic Progressive Party controls the parliament, the proposal is expected to be passed soon without any complications.

“To react to the enemy’s threat and to ensure national security, the defense budget continues to grow stably,” Taiwan’s Defense Ministry said in a statement (Japan Times). The military will spend more money on procuring advanced weapons from foreign nations. The ministry also stated that it will build a completely volunteer military force after several decades of compulsory enlistment.

China does not consider Taiwan as an independent, democratic nation and has often indicated that it would use military force, if necessary, to annex the island nation. Beijing has adopted a policy of isolating Taiwan from the international community and has succeeded in convincing several nations to sever diplomatic ties with the country. However, the U.S. has continued to extend its support to Taiwan and even signed a US$2.2 billion defense equipment deal recently.

Given that China is aggressively seeking to crush the democracy of Hong Kong and bring the city under its authoritarian control, it is inevitable that Beijing will eventually make a grab for Taiwan. Building up a strong offensive force and securing military alliances with nations like the U.S., Japan, and South Korea is the only way for Taiwan to keep the threat of a Chinese communist invasion at bay.

In a recent report, researchers from the University of Sydney warned that China has the military might to cripple U.S. military bases in the Western Pacific within a few hours. “As its [China] power rises, it may well be emboldened to make a play for parts of the first island chain, including Taiwan, which would seriously constrain the security horizons for all concerned,” one of the researchers said to South China Morning Post. As such, it is in the interest of America to ensure that Taiwan has a strong military.

China’s annual meeting of parliament was conducted in March. During the event, it was revealed that the country’s defense budget for 2019 will rise by about 7.5 percent compared to the previous year. The growth in military spending will outpace the country’s economic growth target of 6 to 6.5 percent for 2019. Japan has expressed concern over China’s growing military prowess.

“China has increased defense spending at a high rate for some time and Japan would like to see a high level of transparency in regard to its defense policy and militarization… We will continue to monitor the situation closely and at the same time will look to engage further with China in security dialogue in order to seek clarification,” Yoshihide Suga, spokesman for the Japanese government, said in a statement (Reuters).

China’s total military spending for the year is expected to be around US$177.49 billion. Though the number looks impressive, it is dwarfed by America’s defense budget for 2019, which stands at about US$686.1 billion.