Huawei Founder’s Battle Call: An ‘Iron Army’ to Overcome the US 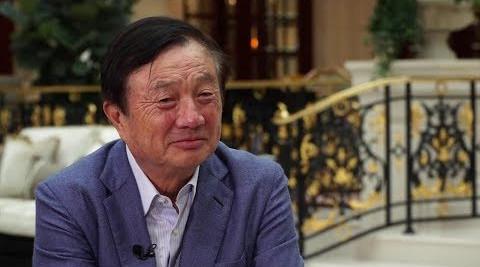 Ren Zhengfei, the founder of Chinese tech company Huawei, has stated that the company will need to build an ‘iron army’ to overcome U.S. restrictions and keep the business growing. (Image: Screenshot / YouTube)

Ren Zhengfei, the founder of Chinese tech company Huawei, has stated that the company will need to build an “iron army” to overcome U.S. restrictions and keep the business growing. He made the observations in an internal memo to the company’s employees.

President Trump announced a series of sanctions against Huawei after it came to light that the company has ties to the Chinese Communist Party (CCP) and poses a serious security threat to the United States. If Trump enforces the sanctions to the fullest, Huawei’s smartphone and 5G equipment business will suffer huge losses.

Zhengfei, a former military technologist with the People’s Liberation Army (PLA), was using militaristic language to indicate the serious trouble his company was facing. He proposed a complete restructuring, which will possibly include the shutting down of departments deemed redundant. “We have to complete an overhaul in harsh and difficult conditions, creating an invincible iron army that can help us achieve victory… We absolutely have to complete this re-organization within three to five years,” he said in the memo (Bloomberg).

Huawei has close to 190,000 employees across the world. It is not clear how many will be laid off over the next five years. However, reports suggest that Huawei has started terminating its U.S.-based staff. Zhengfei states that Huawei still has an edge against the U.S. since the company has started deploying 5G equipment and has the potential to take a global lead in this sector. Huawei faces a big threat in smartphone sales as U.S. sanctions could completely block the devices from using Android software.

To overcome this threat, the company unveiled its home-grown Harmony OS, which it claims will power all its devices in a few years. “Harmony ‘decouples’ the OS from the hardware, so developers can develop once and deploy across hardware. Developers will be able to use Huawei’s ARK Compiler to compile code from multiple languages like C/C++, Java, and Kotlin for Harmony OS. Huawei will be providing an IDE to support app development across multiple device types, including televisions, car kits, smart speakers, smartphones, smartwatches, and more,” according to XDA Developers.

Despite developing Harmony OS, the company has acknowledged that it would prefer to run its devices on Android in the short term since Huawei has yet to build an app ecosystem. Without an equivalent to Google PlayStore that offers thousands of apps, Harmony OS will fail to entice consumers to switch from Android smartphones.

Huawei is currently in the midst of a surprising controversy. The company’s smartphone settings in Taiwan apparently indicate that the country is independent. Taiwan being a separate nation is an idea that has no takers in China. Once Chinese social media found out about this, people lashed out against Huawei. One user called the settings in Taiwan “outrageous.”

After Huawei failed to give a public explanation for why they are listing Taiwan as an independent country, Chinese users were even more disappointed. “There’s a nationalist response on the internet that obviously the government stokes… It goes from official state media and then takes on a life of its own,” Andrew Polk, co-founder and partner of Beijing-based consultancy Trivium China, said to Bloomberg.

An article on this topic on Weibo was viewed over 350,000 times, with many people calling for a complete boycott of the company. Earlier, Chinese customers had boycotted foreign brands that had made a similar mistake of representing Taiwan as a separate entity.

If Huawei states otherwise, that Taiwan is a part of mainland China, Taiwanese users might not take well to that, and then Huawei could lose market share. And this might dampen whatever agenda they have in Taiwan at the moment.