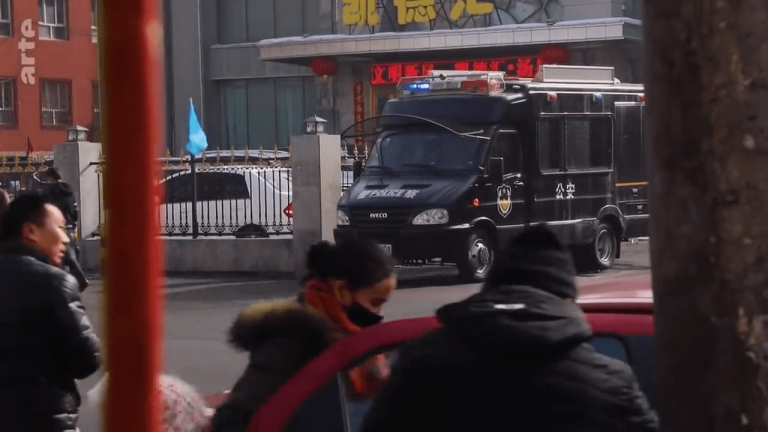 Qatar was one of 37 nations that signed a letter supporting China’s policies in Xinjiang, a region where Beijing has been persecuting Uyghurs. (Image: Screenshot via YouTube)

In July, 37 nations signed a letter that announced support for China’s policies in Xinjiang, a region where Beijing has been persecuting the Uyghur Muslim minority. Signatories of the letter, included Qatar, UAE, Egypt, Bahrain, Saudi Arabia, and so on. However, Qatar recently withdrew its signature from the letter.

“Taking into account our focus on compromise and mediation, we believe that co-authorising the aforementioned letter would compromise our foreign policy key priorities… In this regard, we wish to maintain a neutral stance and we offer our mediation and facilitation services,” Ambassador Ali al-Mansouri, Qatar’s permanent representative to the UN in Geneva, wrote to UN Human Rights Council President Coly Seck (Bloomberg).

Qatar is the world’s biggest exporter of liquefied natural gas and China is its third-largest trading partner. In 2018, the total value of commerce between the two nations stood at US$13 billion. With China being such a valuable trading partner, it might seem confusing that Qatar would take a position against Chinese interests. However, Qatar has been increasingly showing a desire to build stronger ties with Western countries. As such, the Middle Eastern nation has possibly withdrawn its signature in order to appease the U.S. and EU, both of whom have taken a strong stance against the persecution of Uyghurs.

Rabiya Kadeer, a leader of the Uyghur National Movement, expressed happiness at Qatar’s actions. “I applaud Qatar on both aspects, and I also want to express my gratitude on behalf of the oppressed Uyghur nation to His Highness the Amir Sheikh Tamim bin Hamad al-Thani,” she said to Gulf Times. Mahmoud Mohamad, vice president of the Society of Muslim Scholars of East Turkestan (SMSET), asked other countries to follow Qatar’s lead and stop supporting Chinese policies in Xinjiang.

Recently, the White House appointed a Uyghur-American as the U.S. National Security Council’s director for China. The new head, Harvard-educated Elnigar Iltebir, is the daughter of a prominent Uyghur intellectual and is tasked with advising White House officials as well as the President on U.S. policy toward China on issues like trade, human rights, and the military. Iltebir was born in Xinjiang. As a child, she moved to Turkey and later arrived in the U.S. as a teenager. Her appointment sends a strong message to China that the U.S. will be more aggressive on the Uyghur issue moving forward.

“Part of Trump’s platform is saying that all previous presidents were too benevolent to China, and so the Trump administration is taking a more confrontational stance toward China — appointing a Uygur academic is certainly part of that… The symbolism of her ethnic identity in itself is a poke in the eye to China,” Sean Starrs, assistant professor of international relations at the City University of Hong Kong, said to South China Morning Post.

The Trump administration had previously considered implementing economic sanctions on China for its persecution of the Uyghur community. A recent sanctions package that was under consideration was quashed as the administration believed it would disrupt the U.S.-China trade talks. According to Uyghur activist Rushan Abbas, the diaspora is apparently happy that the United States appointed a member of their community to advise on matters relating to China.