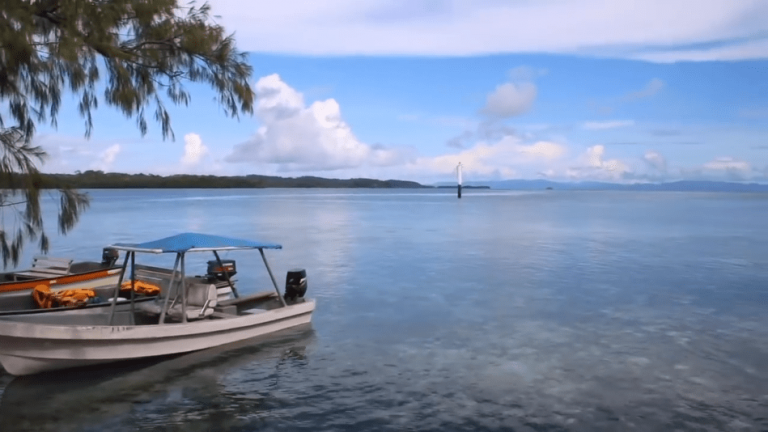 A group of MPs from the Solomon Islands have written an open letter, warning that sacrificing diplomatic ties with Taiwan to develop relations with China will be bad for the country. (Image: Screenshot / YouTube)

A group of MPs from the Solomon Islands have written an open letter, warning that sacrificing diplomatic ties with Taiwan to develop relations with China will be bad for the country. The letter, written by 16 MPs, comes after Prime Minister Manasseh Sogavare announced a special task force to investigate the advantages and disadvantages of ditching the country’s 36-year long diplomatic relations with Taiwan.

The Solomon Islands is one among the 17 nations in the world that maintain official diplomatic ties with Taiwan. After the new PM came into power earlier this year, he instituted the task force and indicated that he was open to the idea of allying with China. This is when the MPs decided to write the open letter.

“We state very clearly that we will not support any policy to change Solomon Islands diplomatic ties from Taiwan to the People’s Republic of China (PRC)… We believe the long-term interests of our country — in terms of our development aspirations, as well as respect for democratic principles, human rights, rule of law, human dignity, and mutual respect — lie with Taiwan, not the PRC,” the letter stated (ABC News).

In the letter, the ministers warn that pivoting to Beijing and its Marxist ideologies should not happen. It pointed out that several countries had sacrificed their land rights, cultural heritage, and rule of law by allowing such ideologies to infiltrate society. The MPs expressed their worries about the country getting caught in the middle of the ongoing trade conflict between the U.S. and China. The letter named Taiwan as one of the most trustworthy allies of the Solomon Islands.

Meanwhile, Taiwan warned the Solomon Islands that putting their trust in China would be a mistake. Foreign Minister Joseph Wu gave an example of the pacific island of Nauru, which had severed ties with Taiwan in 2002 on the instructions of Beijing, but renewed the relationship three years later.

“Very often the Chinese will say that they can come with a huge amount of investment, business opportunities, people are going to get wealthier… But if we look into concrete cases, very often we fall into a serious trap… it takes only two to three years to realise that those promises are empty promises. The relationship between Nauru and Taiwan is now more solid than ever because the leaders over there do not have any fantasies about China,” he said in a statement (The Times of India).

In addition to isolating Taiwan from the Solomon Islands, Beijing has consistently tried to break the relationship between America and Taiwan. After the United States announced that it would sell advanced F-16V fighter jets to the island nation, China warned America against moving ahead with the sale. The deal, valued at US$8 billion, will provide Taiwan with 66 fighter jets. The U.S. Defense Security Cooperation Agency announced the deal in an official notification to Congress.

China has threatened American companies involved in the sale with sanctions should the transaction go through. However, experts feel that the threats are just for show since China is actually not in any position to impose sanctions on U.S. companies since the country’s own aviation industry is dependent on such firms. Plus, a few of the companies do not even have any trade with China, nullifying the sanctions threat.