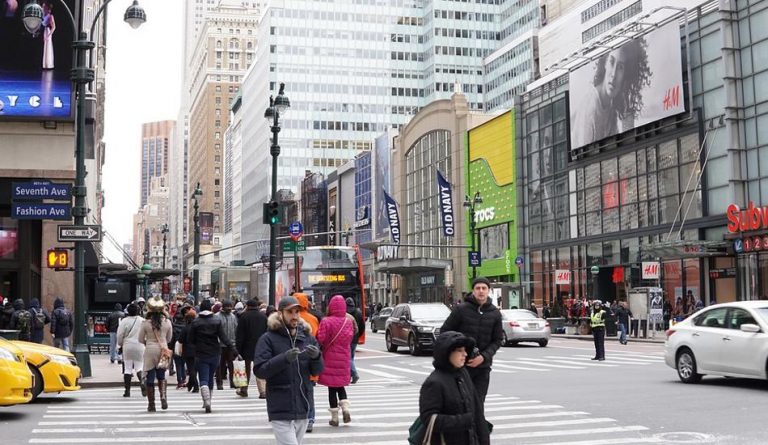 Fewer Americans trust China than ever before. (Image: pixabay / CC0 1.0)

China spends billions of dollars every year to ensure that it is positively perceived in the international community. But if the latest data from Pew Research is any indication, all those billions are going to waste in the U.S. since more Americans now view China more negatively than ever before as anti-china sentiment grows in the U.S.

For much of the last few decades, Russia was seen as the biggest threat to the U.S. by most citizens. But today, this is no longer the case. Almost 24 percent of the survey participants placed China as the number one danger to America, tied in with Russia. North Korea came a distant third with just 12 percent believing it to be any significant threat to the United States. Almost half of the participants believe that a strong Chinese economy will ultimately benefit the US. But when it comes to military power, a humongous 81 percent of the people said that China’s strengthening defense capability is a red alert for America.

As to political affiliations, both Republicans and Democrats viewed China negatively. Almost 70 percent of Republicans had unfavorable views about China’s economic and military rise. Republicans see China as the No. 1 threat to the United States, while Democrats place China second behind Russia. Almost 50 percent of the surveyed had little to no confidence in Chinese President Xi Jinping. A high proportion of participants ranked Xi behind India’s Narendra Modi and Japan’s Shinzo Abe in this regard. However, most believe that Xi is better than North Korean leader Kim Jong-un.

Hong Kong and the trade deal

The negative American sentiment toward China is largely driven by the trade war between the two nations and the recent Chinese interference in Hong Kong that has sparked massive protests. U.S. President Donald Trump has linked the possibility of a trade deal with how well Beijing manages the situation in Hong Kong.

“I’d like to see Hong Kong worked out in a very humanitarian fashion…It would be very good for the trade deal… I think it would be much harder for me to sign a deal if he [Xi] did something violent in Hong Kong,” Trump said in a statement (DW).

Trump warned that China should not do a repeat of the Tiananmen Massacre in Hong Kong, as it will severely damage the prospects of a trade deal. He called Xi a “talented man” and asked the Chinese president to sit down with the representatives of the protests and talk a way out of the mess. However, China has strongly rejected any possibilities of involving the Hong Kong issue in the trade talks.

“Making a fuss about Hong Kong will not be helpful to economic and trade negotiations between China and the U.S… They would be naive in thinking China would make concessions if they played the Hong Kong card… In the face of political intimidation, we not only dare to say no but also take countermeasures,” a commentary by state-run People’s Daily stated (South China Morning Post).

Some political experts believe that U.S.-China relations could degrade further in the coming months as values of American democracy and Chinese communism clash on multiple policies.