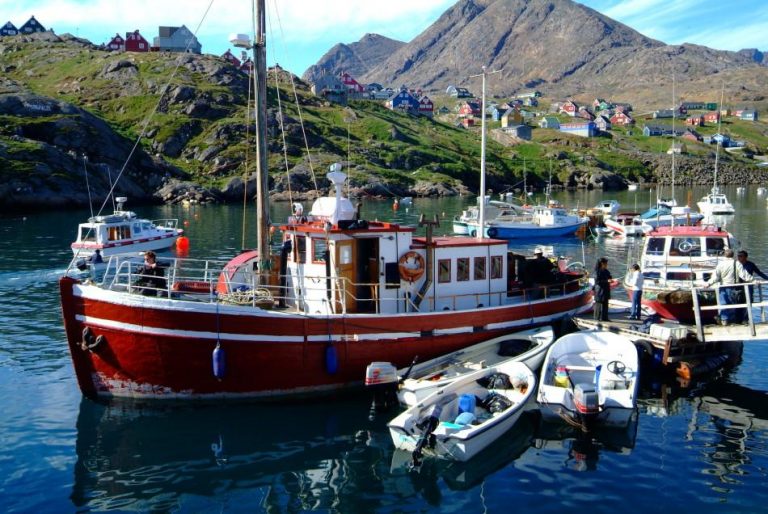 After U.S. President Donald Trump indicated that he would like to buy Greenland from Denmark, there has been a surge of American interest in exploring the region. (Image: Greenland Travel via flickr CC BY 2.0 )

After U.S. President Donald Trump indicated that he would like to buy Greenland from Denmark, there has been a surge of American interest in exploring the region. Greenland has the lowest population density of any country in the world at just 0.03 people per square kilometer.

America is one of the biggest sources of tourism for Greenland, only behind Germany and Denmark. In 2018, 4,258 Americans visited Greenland by plane, up 30 percent compared to the previous year. Trump’s statement apparently triggered so much curiosity in the U.S. that Greenland’s tour websites are seeing a sharp rise in visitors.

“[T]raffic to our Greenland site increased by more than 2,800 percent, compared to the same date in 2018… Ongoing traffic has been up by more than 600 percent on last year since last Friday… We hope this recent interest inspires more travelers from the United States to experience Greenland,” Nordic Visitor, a travel agency, said to CNN.

Another travel agency, Intrepid Travel, has seen a doubling in the number of visitors surfing through their Greenland pages. The company will be launching a Greenland-specific expedition tour in 2020. VisitGreenland.com, the official tourism website of the country, saw traffic multiply 10 times. The department is apparently trying to convert this sudden interest into bookings. It has also added a section titled “American interest in Greenland” on the website.

“Visit Greenland wants to turn the global attention toward Greenland to something positive, as our country is a unique adventure-tourism destination with a magnificent nature scenery, friendly people, and a culture that goes far back in history,” spokeswoman Idrissia Thestrup said to The Washington Post.

At over 836,000 square miles, Greenland is the biggest island in the world. It is almost 20 times the size of Iceland, but only has one-sixth its population. Greenland is home to around 56,000 people. The island has the ability to easily attract tourists in numbers several times its population, which can prove to be a consistent source of income for the people in the region.

For those interested in visiting Greenland, the summer season from May to August is usually the best in case you are interested in activities like hiking and mountaineering. However, if you want to get the best view of the stunning Aurora Borealis, visit Greenland during the autumn between September and October. Keep in mind that the overall temperature of Greenland will always be on the colder side, with even the autumn season’s highest temperature hovering around 34°F.

As to activities, hiking the various mountains is definitely at the top of the list for many who travel to Greenland. The region is also blessed with several natural hot springs that can give anyone a wildly refreshing experience. One of the more famous hot springs is at Uunartoq. Another highly popular activity among tourists is kayaking along the icy blue waters of the Petermann Glacier.

The best way to reach Greenland is by air. The island has two airports that can be reached from Iceland or Denmark. As for accommodation, popular choices include hotels like Arctic Ilulissat and Nuuk Seamen’s Home. Though the official languages are Greenlandic and Danish, English is quite widely understood. As such, you shouldn’t face many difficulties moving around. You can only enter Greenland with a Danish visa.