US Defense Secretary Labels China As Number One Priority 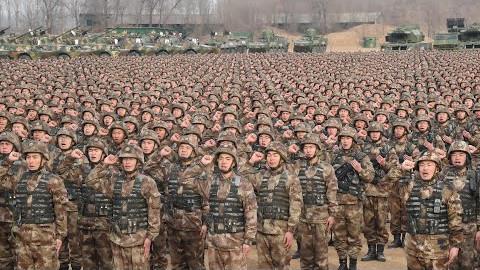 A 2018 White House report had warned that iFLYTEK is a Chinese startup supporting the modernization of the country’s military.(Image: Screenshot / YouTube)

Mark Esper, the newly appointed U.S. Defense Secretary, believes that China is the biggest threat to America. A former Army lieutenant colonel, Esper has spent 10 years in active duty and 11 years in the Army National Guard and Reserve.

“China is the number one priority for this department. It’s outlined in the National Defense Strategy… They are clearly professionalizing and expanding the capacity and capabilities of the military in order to push the United States out of that theater [the Indo-Pacific] … They’ve studied us, and they’ve learned about how we employ weapons; they’ve learned about our doctrine… And so, that is something that we watch very carefully,” Esper said to Fox News.

He pointed out that China has been engaged in the biggest Intellectual Property (IP) theft in human history and that Beijing was looking to push the U.S. out of the Indo-Pacific. Esper wants to modernize U.S. forces with advanced capabilities like hypersonic and AI-based weapons, robotics, and so on. Updating the military doctrine is also a key component in Esper’s plan to deter a conflict in the future. He argued that Russia was expanding its strategic nuclear arsenal to deal with the U.S. As such, Esper wants to modernize America’s nuclear stockpile since it would act as a deterrent and prevent a nuclear war from actually taking place.

Having walked out of the Intermediate-Range Nuclear Forces (INF) treaty, the U.S. recently conducted a test of its conventional ground-launched cruise missile. Since China was never part of the treaty, it has freely developed missiles with a range between 500 to 5,500 kilometers (300-3,300 miles) over the past decades. Since the U.S. signed the treaty with Russia back in 1987, they were prohibited from developing such long-range missiles.

But now, that’s changed. “We want China’s leadership to wake up every morning and think: ‘This is not a good day to pick a fight with the United States or its allies,’” Tom Karako, a missile-defense expert at the Center for Strategic and International Studies, said to Business Insider.

China has militarily advanced in the past two decades quite tremendously. In fact, a new paper titled Averting Crisis: American Strategy, Military Spending and Collective Defence in the Indo-Pacific proposes that the United States might even fail in the Indo-Pacific region if Beijing decides to go on the offensive against the American military.

“Since the early 1950s, America’s position in the Indo-Pacific has rested on its ability to… preserve a strategic order in which no single nation dominates… But this foundation of stability is now under strain. China’s military is increasingly powerful, while America’s war-fighting edge has dangerously eroded… the U.S. might fail to deter — or could even lose — a limited war with China, with devastating consequences for the region’s future strategic landscape,” the report stated (News.Com.Au).

There are several reasons why China’s military power might surpass the U.S. faster than people expect. For one, the Chinese government employs hackers and thieves to steal the intellectual property rights of new military tech. As such, Beijing will always be able to develop new weapons and even modify them to suit their needs. China’s growing economic might means that Beijing will be able to allocate a significant budget for its military. With the country poised to overtake the U.S. in GDP over the coming decades, increased military spending will speed up China’s military dominance.