Good Deeds Will Be Rewarded If One Has Patience 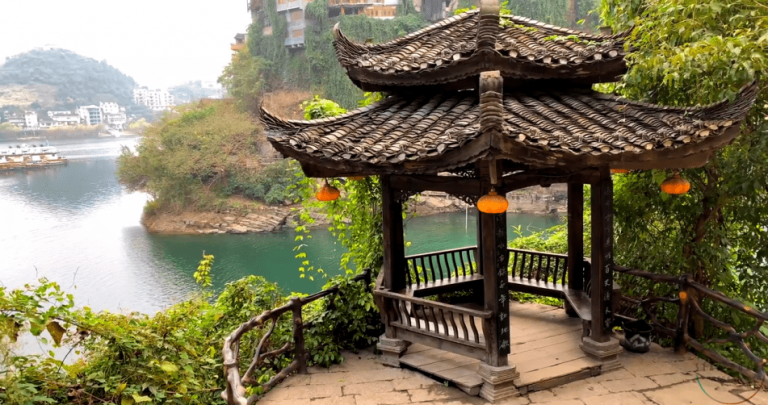 A kind, hardworking handyman wanted to do something good to help everyone in his village. (Image: Screenshot via YouTube)

Receiving rewards for good deeds is not always obvious.

A long, long time ago in a village in China, a wealthy man had a young handyman working in his house. This young handyman was kind, hardworking, liked to help others, and had almost no bad habits. He started working for the wealthy man at a very young age, just after his parents passed away. He lived with the family and did a good job, so the wealthy man liked him very much.

When the handyman grew old, he reflected that he had not suffered much in his life, but he had not made any contribution to his environment either. He decided to use his salary to build a bridge for the villagers who were struggling to cross the river, both in the summer and winter. The difficulty of the crossing meant that the villagers and horses often got hurt. Building a bridge would make life easier for the people living by the river.

One day, he went to the rich man to see how much money he had accumulated in wages. The rich man said: “What do you want money for? You are now getting old, so I’ll find a servant to take care of you until you die. You never have to work again. The handyman insisted: “I want to use this money to build a bridge. I don’t know if the money is enough. I want to do something good to help everyone.” The rich man counted the money owed over all the years, which, including interest, was enough to build the bridge.

In the spring, the construction workers gathered together to build the bridge. The rich man told the handyman to stay at home and wait, for he would oversee the building of the bridge. One day, the handyman couldn’t bear it any longer and went to the construction site to see for himself how the bridge was progressing. The workers were very excited and motivated. Unfortunately, during the visit, a piece of wood hit the handyman in the head, and he became blind afterward.

The villagers were puzzled and could not find an explanation for such an incident. Why would a good person be punished? In the summertime, the bridge was completed and was named The Good Deed Bridge.

News of The Good Deed Bridge eventually reached the governor, whose wife was about to give birth. On the opening day of the bridge, the governor decided to take a look at it. That same day, the handyman went to the bridge. Even though he couldn’t see it, he decided he could still go and touch it. When he put his hands onto the handrail, he was struck by lightning and passed away. The governor, who didn’t understand why the handyman had to suffer for his good deeds, wrote in characters on the dead man’s back: “It is better to do bad deeds.”

The villagers were even more confused at how such a good person could be subject to such retribution after living a good life and helping others. Just then, a servant came to the governor with a message that his wife had given birth to a baby boy who had some marks on his back. The governor was very surprised and he hurried home quickly. The marks on the baby’s back were the same as the ones that he had written on the handyman. He suddenly realized that doing good deeds will be rewarded. It is just not obvious when it will happen. The governor used his fingers to change the marks on his son’s back so that they read: “It is better to do good deeds.”

He later told his wife: “I believe that the old handyman has reincarnated as our son and so will be the heir to our family fortune because of the virtue accumulated during his previous life that just ended. From now on, I must take my work seriously, do more good deeds, and accumulate more virtue so that my good deeds will be rewarded by Heaven.”

As the news spread, all the villagers finally understood that doing good deeds is rewarded.