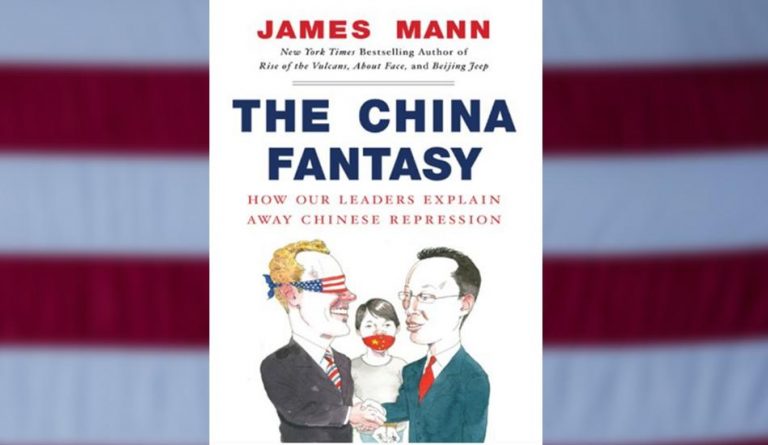 'The China Fantasy' exposes how the U.S. was wrong in expecting China to become a democracy on its own. (Image: Amazon)

In 2007, American author James Mann wrote a book called The China Fantasy in which he predicted that capitalism would not bring democracy to the Asian nation. More than a decade later, some of his predictions remain true.

Expecting a change in China

When the U.S.was engaged in a Cold War with the Soviet Union, it collaborated with China in many aspects. In fact, China was seen as an ally, a perspective that made the U.S. ignore some of the inhumane ways in which the Chinese government dealt with its citizens. However, once the Cold War ended, the focus was on China. But rather than criticizing the Chinese government for authoritarian policies, the U.S. eventually adopted what Mann calls the “soothing scenario.”

“The ‘soothing scenario’ has held sway for a relatively long period of time in the U.S. because its adherents have successfully perpetuated the fiction that it is perfectly fine to increase business and trade with China and to temporarily ignore all manner of human rights abuses by the Chinese regime because increased economic prosperity will, apparently of necessity, open up the Chinese political system,” according to Curled Up.

A second scenario, the “upheaval scenario,” predicted that some sort of disaster would hit the Chinese nation. However, neither of these scenarios has come true. Neither has China become more democratic as it accumulated riches nor has any disasters triggered a disintegration of the government. The author proposes a “third scenario” where he predicts that China will grow much stronger and richer, but will never change its authoritarian government system. As such, the United States has to find a way to encourage the Chinese leadership to move toward democracy right now rather than expect positive changes in some distant future.

Mann argues that the international community must come together to counter the aggressive Chinese government. “Democratic governments around the world need to collaborate more often in condemning Chinese repression — not just in private meetings but in public as well. We should also find new ways to single out and penalize individual Chinese officials involved in repression. Why should there be a one-way street in which Chinese leaders send their own children to America’s best schools while locking up lawyers at home?” he writes in The New York Times.

A look at world affairs will tell us how accurate Mann’s predictions were regarding China. Just as he proposed, China has grown economically and military stronger in the past decade. This has also made the CCP merciless in its suppression of human rights, restrictions on freedom of speech, persecution of religious minorities, censoring Internet content, and so on. But even as Beijing carries on with human rights violations, the West rarely takes any concrete action against the Asian country as economic considerations override concerns about human welfare.

The U.S. has now started to take strong actions against China, announcing trade sanctions and bans. However, the U.S. alone cannot force Beijing to adopt a more humane government system. As Mann explained in his book, democratic world governments must take collective action against China, keeping aside economic considerations. Without such collective efforts, the Chinese government will never relinquish authoritarian power and allow their country to transition into a democracy.