Constructing a Telescope Amid Stiff Opposition 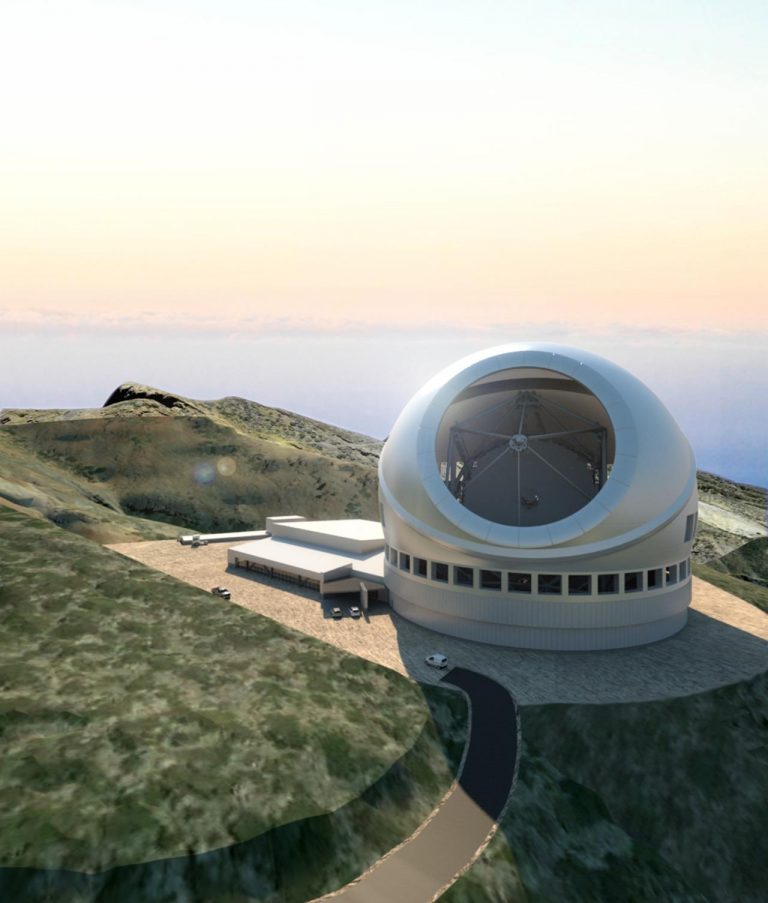 At Mauna Kea in Hawaii, an international coalition is trying to build a telescope. Called the Thirty Meter Telescope (TMT), it is expected to help scientists see what’s out in space with higher clarity. However, the project is facing stiff opposition from Native Hawaiians who believe the mountain is a sacred place.

The TMT project will cost US$1.4 billion in total. Mount Kea was chosen as the best place to build the telescope due to its higher altitude and star-gazing potential. “Every once in a while at Mauna Kea, you get one of those magic nights… When the air is super stable above the site, you get images that you simply couldn’t get anyplace else,” Michael Bolte, a professor of astronomy at the University of California, Santa Cruz, said to The New York Post.

To native tribes in the region, Mauna Kea is a holy mountain that they have revered for centuries. To build a massive telescope on top of the mountain is seen as an insult to their beliefs. Last month, the protestors blocked construction of the TMT. The movement has attracted so much attention that new shops and cafeterias are opening up. The issue is seen as a litmus test for Hawaii’s sovereignty and self-determination by the protestors.

Many astronomers feel that the entire issue has been hijacked by topics that have nothing to do with science. “The state leadership really needs to be decisive, both on TMT’s access and on these broader issues faced in Hawaii… The resolution to this situation will likely include accelerated removal of decommissioned telescopes and Hawaiian land rights and self-determination. TMT and the astronomy community should support these efforts,” Thayne Currie, an astrophysicist at the NASA Ames Research Center in Mountain View, California, said to Science.

TMT project officials already have a backup place ready in case they are unable to build the telescope at Mauna Kea — a peak located in La Palma, Canary Islands, Spain. Not only will the cost of operation be less owing to the lower elevation, but the telescope also enjoys huge support from the locals. “In the Canary Islands the institutional support is 100 and 99 percent of citizens support the astronomy work,” Jose Manuel Vilchez, an astronomer with Spain’s Higher Council of Scientific Research, said to CBS News.

Earth as a lens

David Kipping, an astronomer from Columbia University, recently proposed something ingenious. Kipping wants to use the Earth’s atmosphere as a giant lens. A 1-meter telescope located beyond the Moon can use this “Earth lens” to amplify the brightness of faraway space objects thousands of times. The secret behind the method is atmospheric refraction that bends all light entering the Earth’s atmosphere.

“In certain situations, refraction can focus a huge amount of light on a small area, erasing the need for a giant structure to catch it all. In particular, light from far-off sources can refract through the upper atmosphere to form a cone around Earth, projecting rays that come together at a point slightly closer than the Moon and then extend outward in a straight line. An observer on that line would see a distant light source directly behind Earth as a bright ring, amplified some 22,500 times greater than if our planet was not there to refract,” according to Scientific American.

If Kipping’s idea works out, it will herald in a new age of astronomy. Detailed and clearer images of planets, asteroids, and other objects will provide scientists the additional information that could lead to new discoveries and inventions.